Dragon Ball Super episode 96 delivers what fans, including myself, have been waiting for for weeks now, and that’s the interaction between other fighters in the universes. It’s been a long that coming but finally, the Tournament of Power has begun…

We starts things off with seeing the four universes excepted from the tournament show up to check out the stage that was created by the Great Priest. We even see three of four gods of destruction duke it out to test the stage, only to see them ending up fixing it themselves.

Later on the scene changes to Universe 7 preparing to leave for the tournament, we get a small interaction, with everyone worrying that Goku, Vegeta and Frieza won’t be able to work together to stay alive. But that all gets addressed rather quickly and they all teleport to the tournament stage. 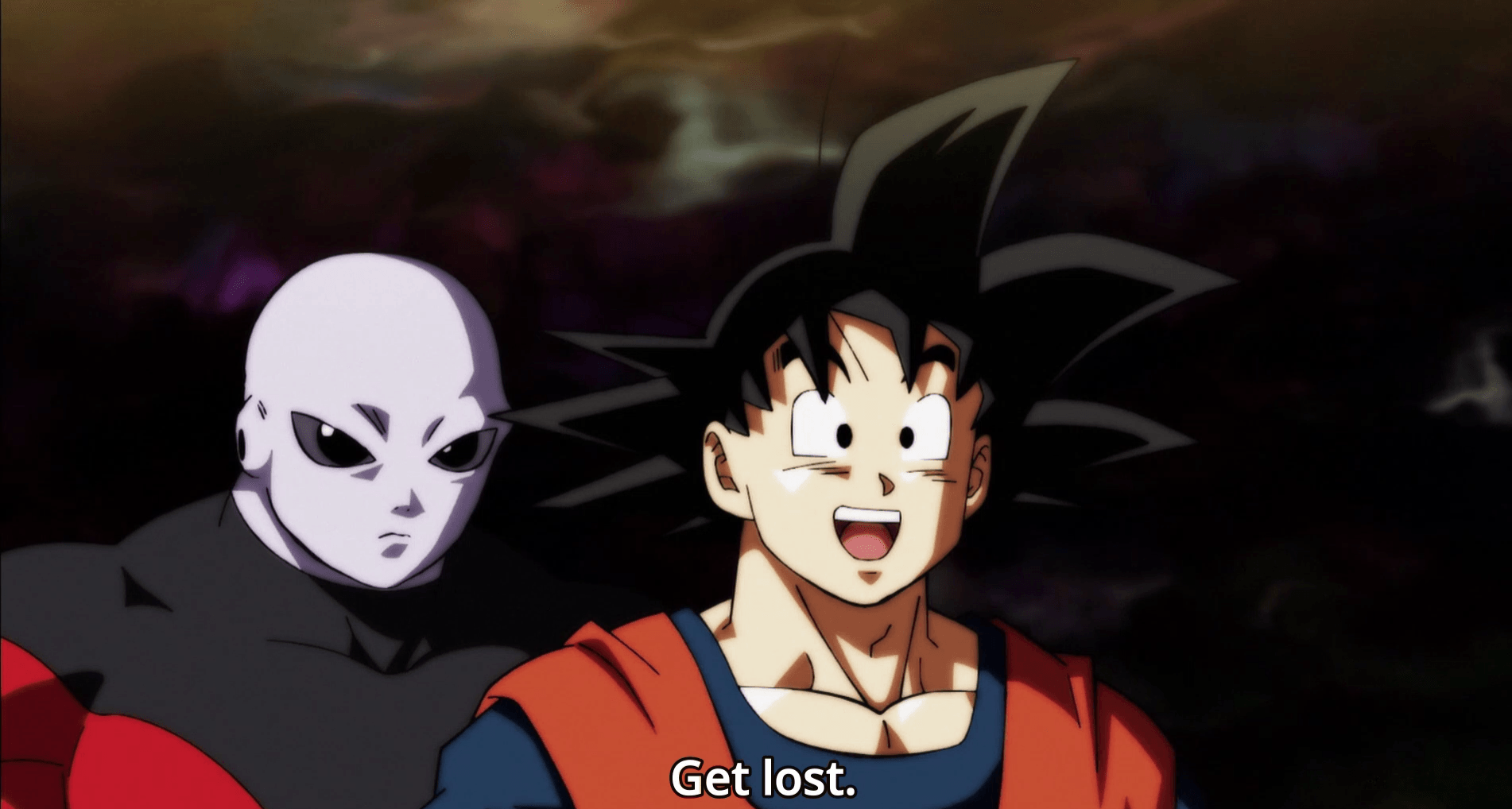 This is when we see Frieza making contact with Frost, something we’ve been excited for since it was first announced that Frieza would be coming back. Now the dialogue between the two was something that I was expecting and I’m really looking forward to seeing how they will betray everyone and each other.

Cabba also makes contact, bringing along Caulifla and Kale. Goku takes notice of the female saiyans as this is the first time he has seen one, and Caulifla made it clear as day that she ain’t here for buddy buddying. Caulifla is quickly becoming one of my favorite saiyans in this arc. Goku then goes to greet the Pride Troopers, and takes notice of Jiren. Before even finishing his sentence, Jiren made it loud and clear that he’s not someone to be messed with. His speed and prowess is like nothing we’ve seen thus far and even takes Goku by surprise. Honestly, am I the only one who wants to see Jiren go up against Hit  instead rather than Goku. Lets hope that happens at least once.

Thing are really looking interesting, and with their flight ability being taken away, it’s back to the old school Dragon Ball days of fighting. Let me know your thoughts of this weeks episode.