Ever since I saw that E3 trailer, my mind has been puzzled by what this game (if it is a game) might be all about. I mean it’s so damm strange when you look at it for the first time. You see a naked Norman Reedus, a baby which suddenly disappears, dead sea creatures, symbolic imagery, and flying beings hovering above the sky…..

Let’s look at what we know so far about this mysterious game. We know that it’s going to be something that can not be easily narrowed down into a single genre. According to Hideo, he wants the story, the world and the gameplay, as well as the characters in the game and the player, the concepts of life and death elements to be tied together. He makes a lot of metaphors for the stick been a tool that puts a space between the wielder and the opposing object, and the rope been something you use to keep the good things close to you.

Then you have the trailer, which according to Hideo, has “small messages” hidden within it that give a clue to what this whole thing might be all about. And let’s not forget the image of that space suit that Hideo posted on his twitter a while back. On top of all that, he went even further and posted 9 notes explaining what this project will be all about.

The fans took to the internet with their own theories and ideas to what the game might be all about, some sound legit, other not as much. The most common theory you might come across is Reedus’ dogtags and the two equations written on it, the Schwarzschild radius and the Dirac equation, both of which pertain to quantum mechanics. Many  believe that Kojima might be going sci-fi with Death Stranding. It makes somewhat of a sense since Hideo has created some crazy stuff in the past and sci-fi might be right up his alley.

Other theories suggest a strong environmental theme,mainly the phenomenon of cetacean stranding, basing that hypotheses from all those carcasses littering the beach and the recurring oil motif throughout the trailer. The remaining theories on the internet go way overboard and enter into realms I dare not to venture. So what’s my take on this whole mystery? 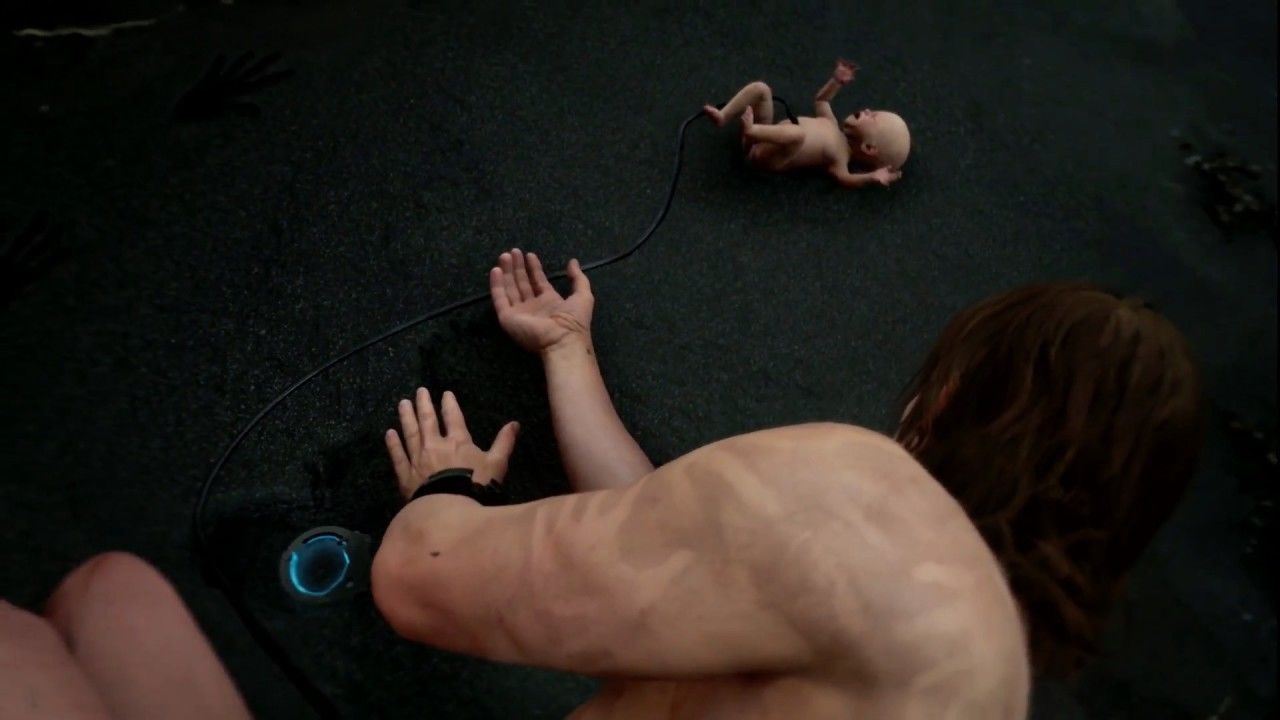 Honestly, I only have two ideas as to what it could be, call them guesses if you will, as to what Death Stranding means. The first theory is that Death Stranding is just a metaphor to show that Hideo has been stripped of his power and his previous creation has been taken away from him, and is now on a path of redemption. My second theory is that the game might be about a shift in evolution & the consequences of our own advancement. Where technology we have created have now taken over the world and are challenging the meaning of life itself.

I know, my theories sounds about as crazy as the other stuff you’ll find on the internet but that’s what I got when I first saw this trailer. Whether it’s true or not remains to be seen. It’s still fun in the end to speculate and try and decipher the trailer. Let me know your own crazy theory that explains the trailer.

Here’s the trailer if you some how managed to miss it.