I don’t know how I missed this but I am glad I caught wind of this. Apparently there’s a project called Digimon Universe – Appli Monsters which promises to bring a lot of stuff to the table…

Digimon Universe – Appli Monsters, according to the Bandai Namco Japanese PRESS RELEASE, is a new cross-media project that plans to create a TV anime airing this fall, toys, digital kids card game, and expanding to related products like video games and merchandise.

Just recently, they launched a twitter account with new artwork showing off the possible new protagonist and all the new Digimons that will be part of this new universe.

I’m all for a new anime series but personally I’m more looking forward to a video game version of this new Digimon Universe, one that might make it unto the new gen consoles, including the PC too.

So far all we know is that there’s a Digimon Universe: Appli Monsters 3DS retail game that promises a grand adventure & a 3DS eShop Game called Cyber Arena that’s compatible with the QR codes on the Appmon Chips.

According to the translation provided by  Anime News Network,

Everyone in the world uses smartphone apps. But inside them lurks unknown creatures called “Appli Monsters,” or “Appmon.” The Appmon are AI lifeforms with the ability to think and act, and exist in the boundary between the human world and digital space to allow people and the system to interface and function. But in the vast sea of the internet, the “last boss AI” Leviathan takes control of the Appmon with a virus and begins hacking every system, thus starting to control the human world from the world of the net.

The protagonist, Haru Shinkai (voiced by Yumi Uchiyama), is led to acquire the Appli Drive (voiced by Wataru Takagi), and uses it to materialize Gacchimon (voiced by Kokoro Kikuchi), a search app monster. What is the secret hidden within the Appli Drive? What is the mysterious field that exists between net world where the Appmon exist, and the real world? What is the “App Combine” that can combine two Appmons? What is Leviathan’s true goal?

Anyways I’ll be following these Digimon Universe for more information, primarily the anime and games side of things but if anything else pops up that looks kinda interesting, I’ll share my thoughts on it too. 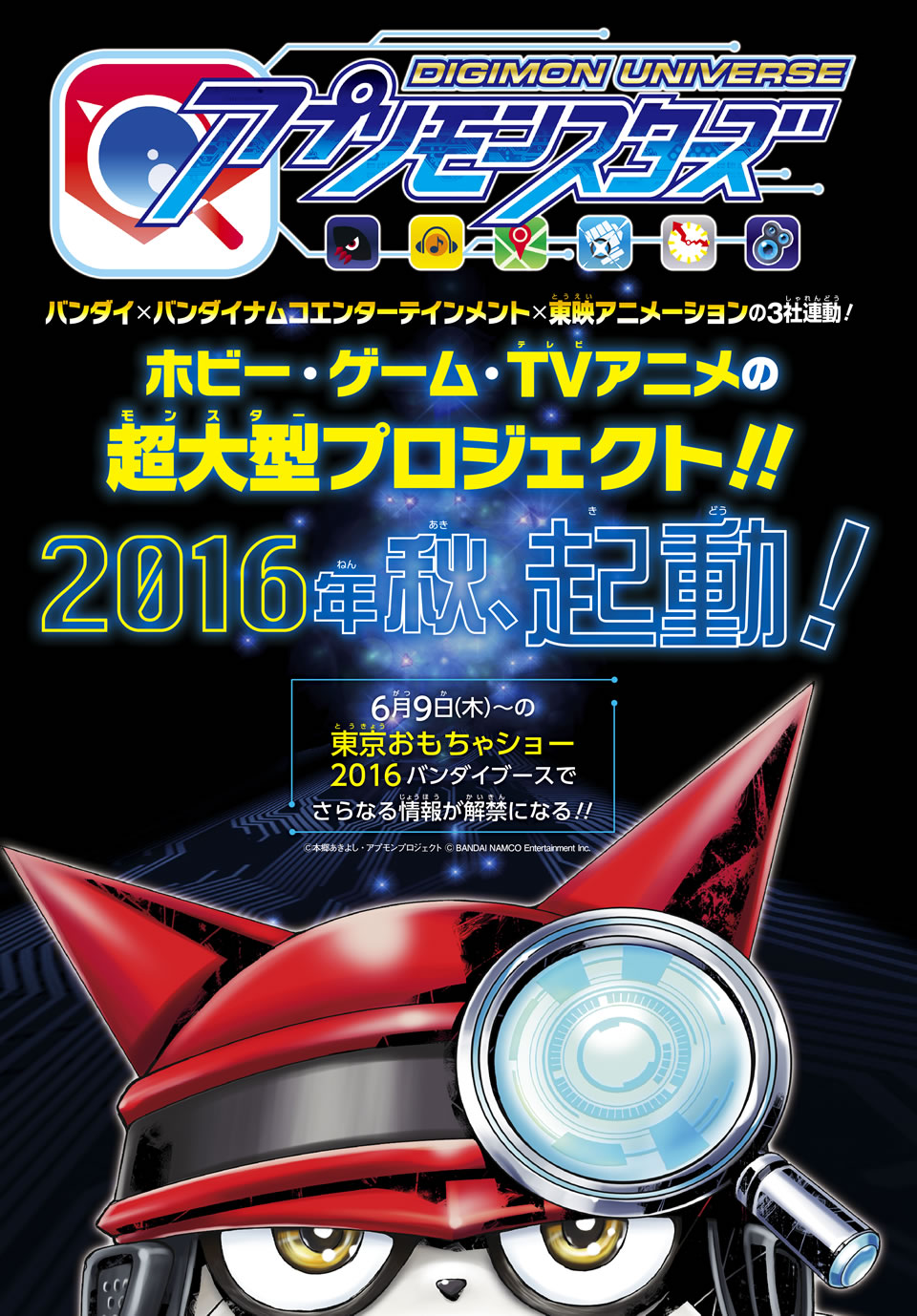 Let me know your thought’s on this new Digimon Universe concept.