As E3 approaches, we are starting to see a lot more trailers been released, one of which been Yooka-Laylee, an open-world platformer from key creative
talent behind the Banjo-Kazooie and Donkey Kong Country…. The new trailer shows off the current progress of the funded game, Yooka-Laylee. From Ice levels to stealth mission in a library, it’s all there. With the trailer however came the announcement of the game been delayed to Q1 2017.

According to Playtonic Games,

As well as revealing the first gameplay in over a year, this video also confirms that, after long consideration and knowing through dialogue with our fans that they value quality and polish above all, we’ve made the difficult decision to lock the release of Yooka-Laylee to Q1 2017. 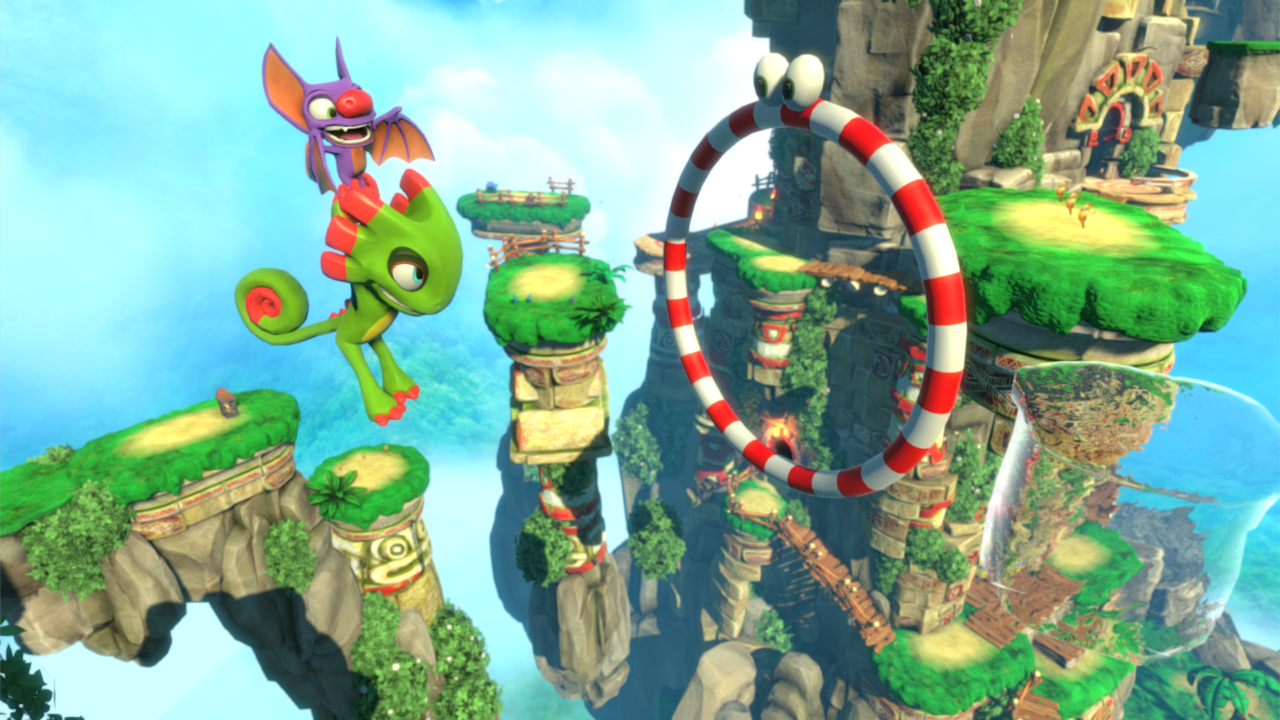 While we felt confident we could ship the game in October as originally projected in our Kickstarter, the Playtonic team has decided that it would prefer to add a few extra months’ polish to the game schedule.

Ultimately, this will allow us to deliver a better game to the tens-of-thousands of you who’ve supported us throughout development. And that’s what we all want, right?

We’re sure some will be disappointed by the prospect of a few extra months’ wait, however the team is confident that we’ve made the right decision for the game and that you’ll be pleased with the results when Yooka-Laylee arrives early next year.

I’m not gonna lie, I think we all knew Yooka-Laylee was bound to get delayed evetually, so I’m not too disappointed by this news. In fact with E3 around the corner, we’ll get to see more of the game in the future.

So let me know what you think of the delay and the new trailer.