I’m sure you’ve probably heard about this hot topic already, the discussing on whether or not today’s game reviewers should possess a competent skill level in gaming to be able to review a game and/or if they even need to play a game to review it. Well, I want to chip in my own thoughts on this dilemma….

Now this has been an ongoing discussing for quite some time now, so it’s not anything new. However recently, signs of reviewers and journalist demonstrating a level of incompetence towards their field of supposed expertise, has sparked the discussing once again, which in this case been gaming.

We’ve seen many large gaming journalist and review sites post reviews that have boggled the minds of many readers and/or posted gameplay videos with dread awful gameplay in it that actually makes you wonder can these people even play a game or better yet, do they have a genuine interest in gaming itself.

Of course, no one can pick up a game and immediately become a gamer of god-level status on the get-go, but, if you’ve played at least one shooter game in your entire life, especially for someone who’s day job is revolved around gaming, you shouldn’t be having issues or difficulty aiming at enemies to begin with. All games are different, yes, but the basic formula for each genres isn’t.

I’ve seen reviews where the reviewers would say a game is too difficult or the controls are complicated, but in reality it’s not and it’s the reviewers basically for better lack of words, been trash at it. This is why gamers for years have cried out that big game journalist and reviewers are becoming a joke. And to make matters worse, there’s a clear level of hypocrisy happening as well.

Take this picture for example. Make of it what you will. 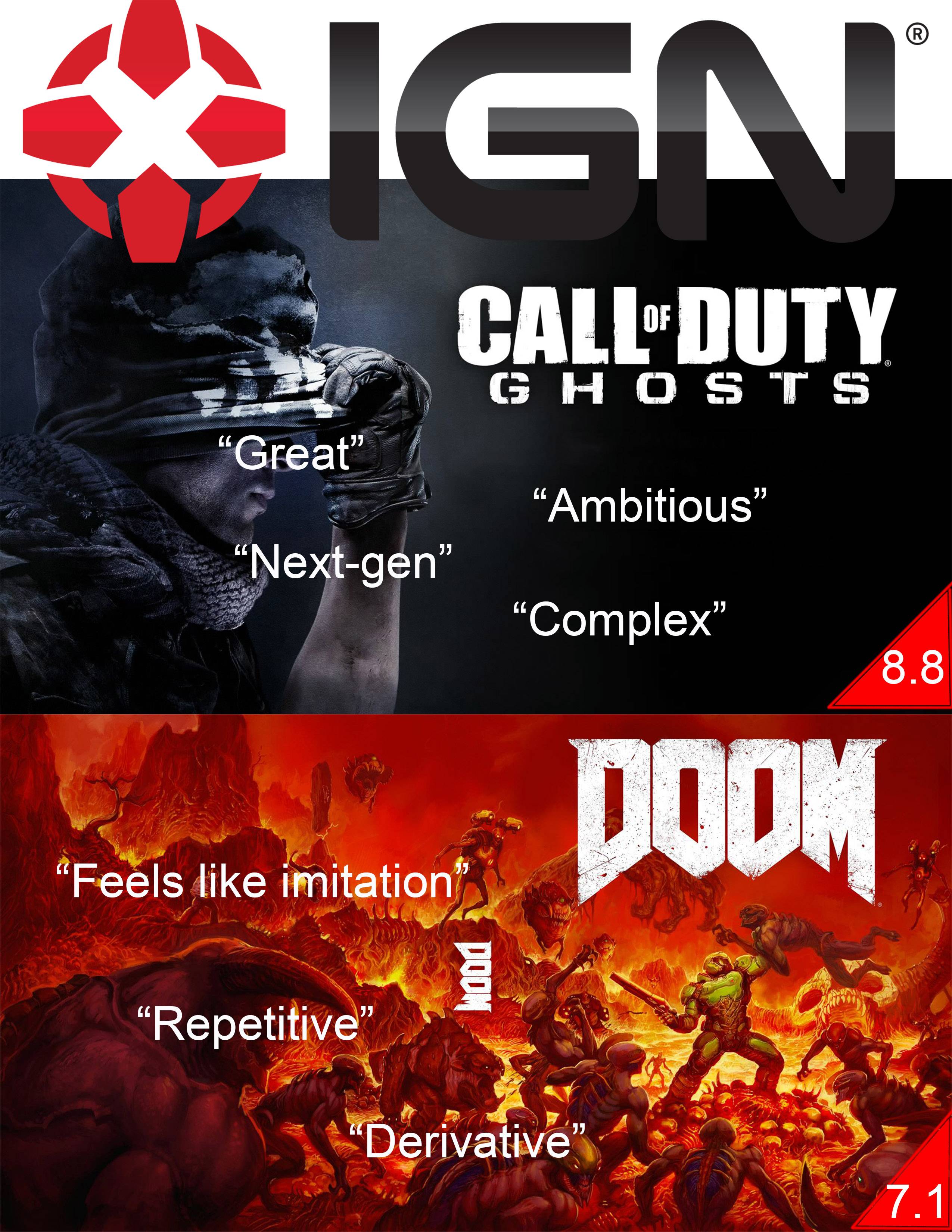 Of course you shouldn’t listen to a review completely anyways, because the ultimate and final reviewer is the consumers themselves, but sometimes you want a second opinion on something to help make your purchasing decision and when a reviewer has no idea what the fuck they’re talking about, that decision becomes difficult.

This has given birth to a lot of gamers who have taking it upon themselves to start their own review sites and YouTube channels to fight back the giant gaming journalism that currently plague the industry. Of course, even in that field you have companies and developers buying out the opinions of some of these YouTubers, which makes trusting some of their opinions even more difficult.

I love gaming, it’s one of my favorite hobbies and it’s also one of the fastest growing and unique industry. It’s a platform where you can find a combination of great entertaining story-telling, beautiful music and awesome gameplays, so it burns me to see some people out there hop on the hype wagon  just to make the easy money.

We can’t shut these giant people down, but we can instead encourage the small legitimate gamers out there who are genuinely a fan of gaming. We can support these people whose reviews we know are accurate and hold merit, and make them the new giants. All it takes is a LIKE and a SHARE.

Let me know your thought’s on this topic.