The CD Projekt Red Crunch Drama! Everything We Know About It!

Now that the Boruto: Naruto Next Generations manga has been translated into English, it’s time for me to discuss the most controversy topic that came out of it, that been is Naruto really gone from the world of the living…

Originally, I wanted to write a review for this new installment of the manga but since majority of the manga was a recap of the movie “Boruto – Naruto the Movie”, I instead did a first impression of the manga which you can find here. Instead I want to discuss the topic that everyone and their mama are talking about and that is if Naruto has really been killed off in the future.

The reason why this has taken the Naruto community by storm is because no one wanted to see Naruto get killed just yet, I mean he just became the 7th Hokage, a dream he has chased for so long. Not only that, he also has achieved the dream of his late sensei and mentor Jiraiya, a dream that sees the shinobi world connected and in peace. So basically most of us wanted to see Naruto enjoy the peace that he has fought for and rightfully earned and deserve.

Not only that but on top of all the stated facts above, the biggest issue the community has with this notion of Naruto been killed is that, who in the hell is even strong enough to take down the strongest shinobi in his time. If Madara Uchiha and Kaguya Ōtsutsuki couldn’t kill him, there’s no way a mere shinobi could kill him right? This led to the community coming up with a bunch of theories as to how he got killed or died. Natural conditions such as old age kept him from fighting against Kawaki, Kyūbi been stripped off him to give Boruto the edge against Kawaki or poisoned in his sleep were just a few of the things the community came up with to try and justify him been gone. 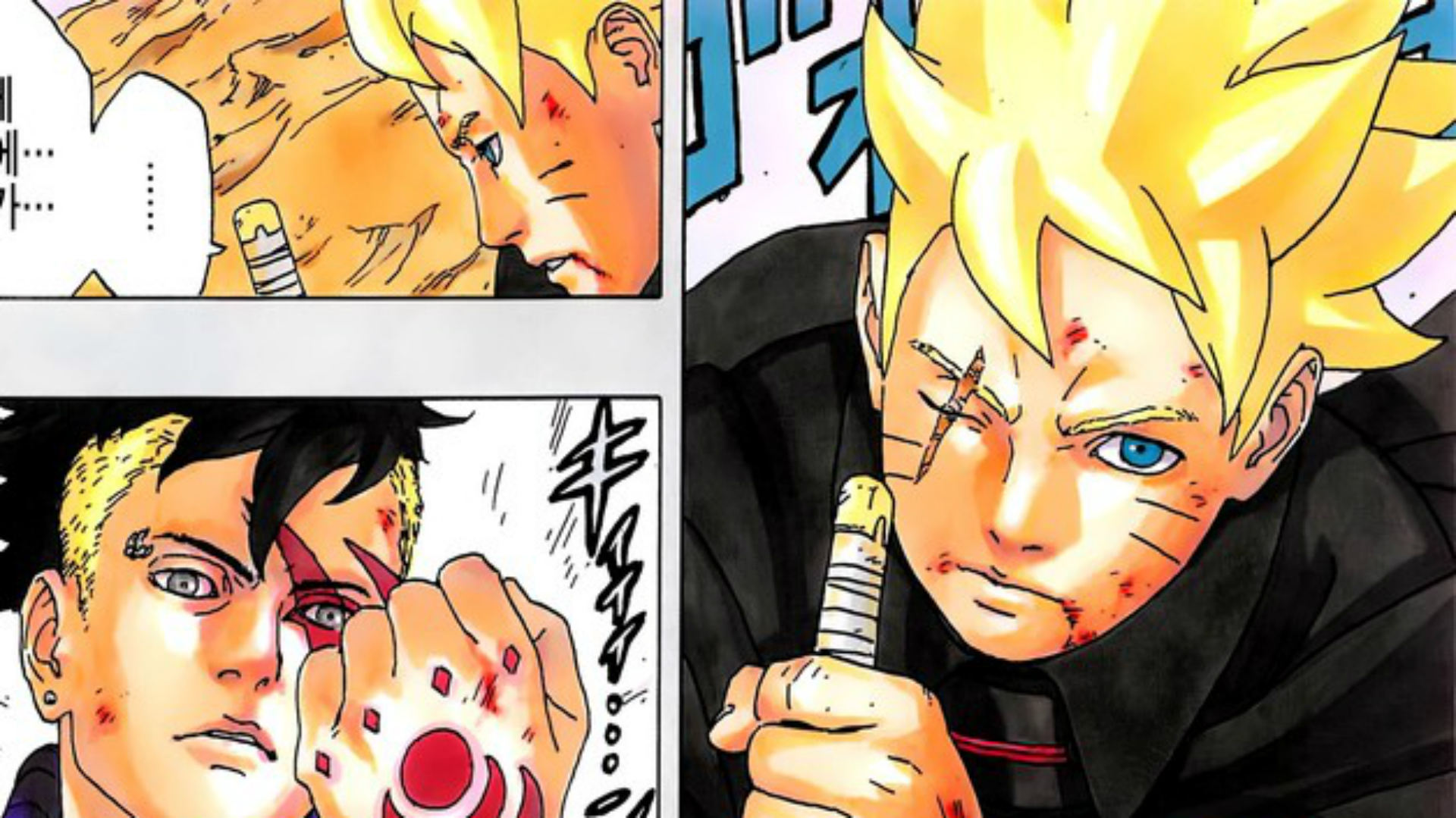 I personally believe it’s none of the above. Before I go on, I just need to say that there’s no confirmation that Naruto is actually dead. I am just basing this off of what Kawaki said in the manga. I think, now this is just my opinion and a theory, that Naruto actually passed away a while back, before the encounter with Boruto and Kawaki ever even took place. The reason why I’m saying this is because, judging from what Kawaki said in this brief moment on panel, it doesn’t seem to appear that he was the one who killed the 7th Hokage and there’s a number of things that point to that direction.

First of all, there’s no way the village would have reached to that level of destruction if either Naruto or Sasuke were around. It’s not plausible, we know what Naruto and Sasuke are capable of doing. They would have forced the threat right out of the village before it did any major damage. My guess is that Naruto probably, before all of this , passed away in some incident were he had sacrifice himself to save his family and the village.

Now with Sasuke, it’s a different matter, as he tends to not be around a lot, it is possible that he may not even be aware of the disaster that has struck the village. So whether he is still alive or not remains to be answered. All I know is if this isn’t handled well, it would honestly be a shame to see a character we all grew up with get taken out so easily, we’ve seen his struggle and witnessed his come up story, all to become Hokage, just to be killed off by some unknown villain who really shouldn’t be on his level at all. 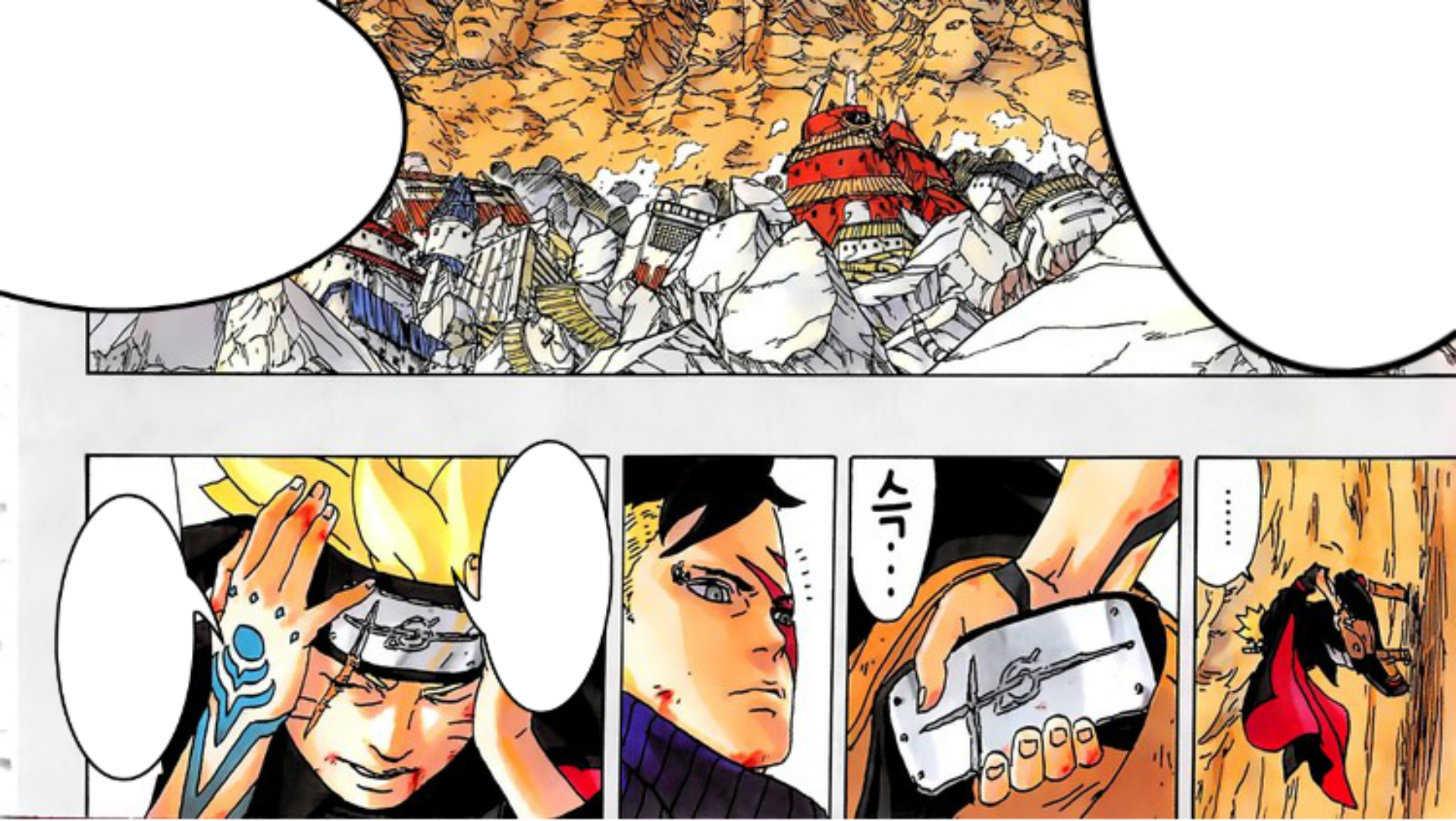 I also think it’s going to be a while before we’ll actually get to see what led up to this fight so for now all we can do is wait and pray that not only do they not butcher the legacy of Naruto, but also that the art-style of this manga improves, greatly, because they did what many of us thought to be impossible, they made Hinata ugly as hell and for that I can never forgive them.

Let me know your thoughts in the comments below.

81 thoughts on “Is Naruto Really Dead In The New Boruto: Naruto Next Generations Manga?”