Just got your early access copy to Epic Games’s Paragon but don’t understand all the new mechanics, characters and card system in the game? Well don’t worry friend, I got you. This guide should help you quickly pick up and understand the basics of the game and hopefully be of help to you in your future Paragon journey….

What exactly is Paragon? 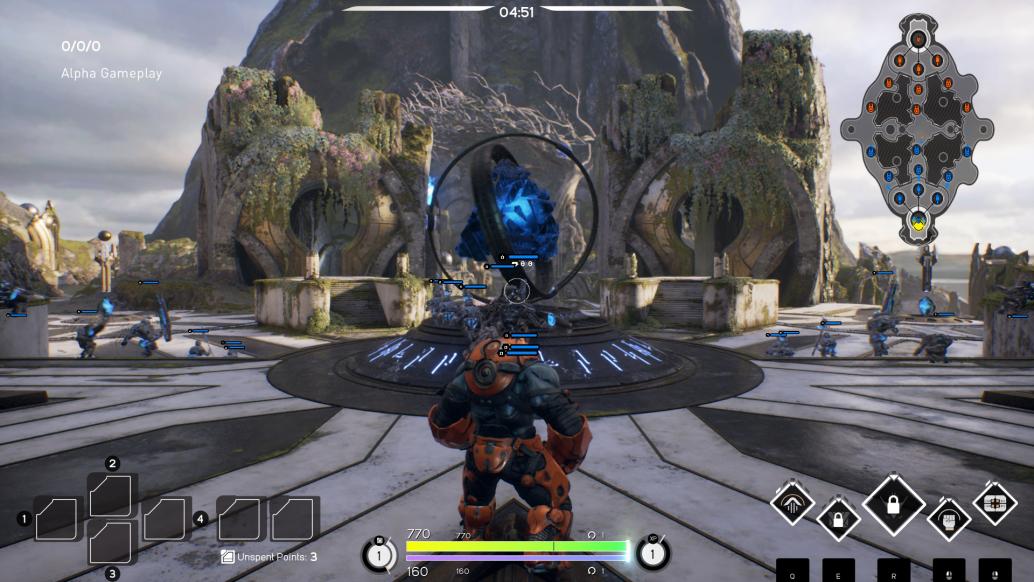 Paragon is a MOBA, or Multiplayer Online Battle Arena. Two teams of five players battle it out on Agora, one of the first maps in the game. The point of the game is to destroy the enemy team’s Core, which is located deep in enemy territory near their base. 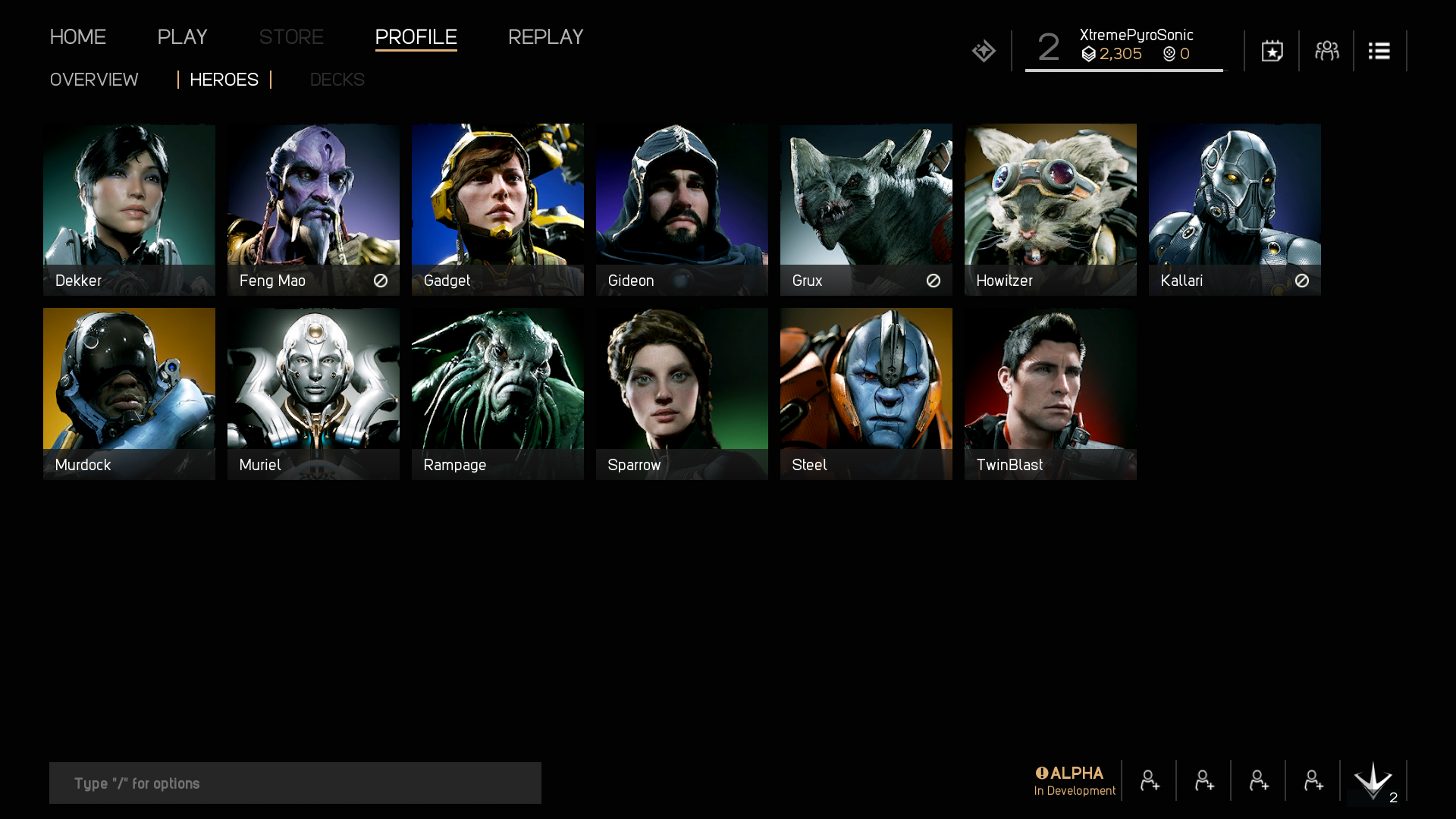 Before you even begin to play Paragon, you will be presented with an option of 13 Heroes to choose from ( with more Heroes coming in the future) that fit your preferred play-style. As each  hero progresses through the match, they will gain XP from killing enemy minions, structures, harvesters, and other heroes. These XP will allow your Hero to level up and gain health & mana and unlock / level up their abilities. Along with that, every hero has a basic attack, a passive ability, and four active abilities.

There are currently six unique classes to choose from which are:  Assassin, Ranger, Caster, Fighter, Tank or Support. 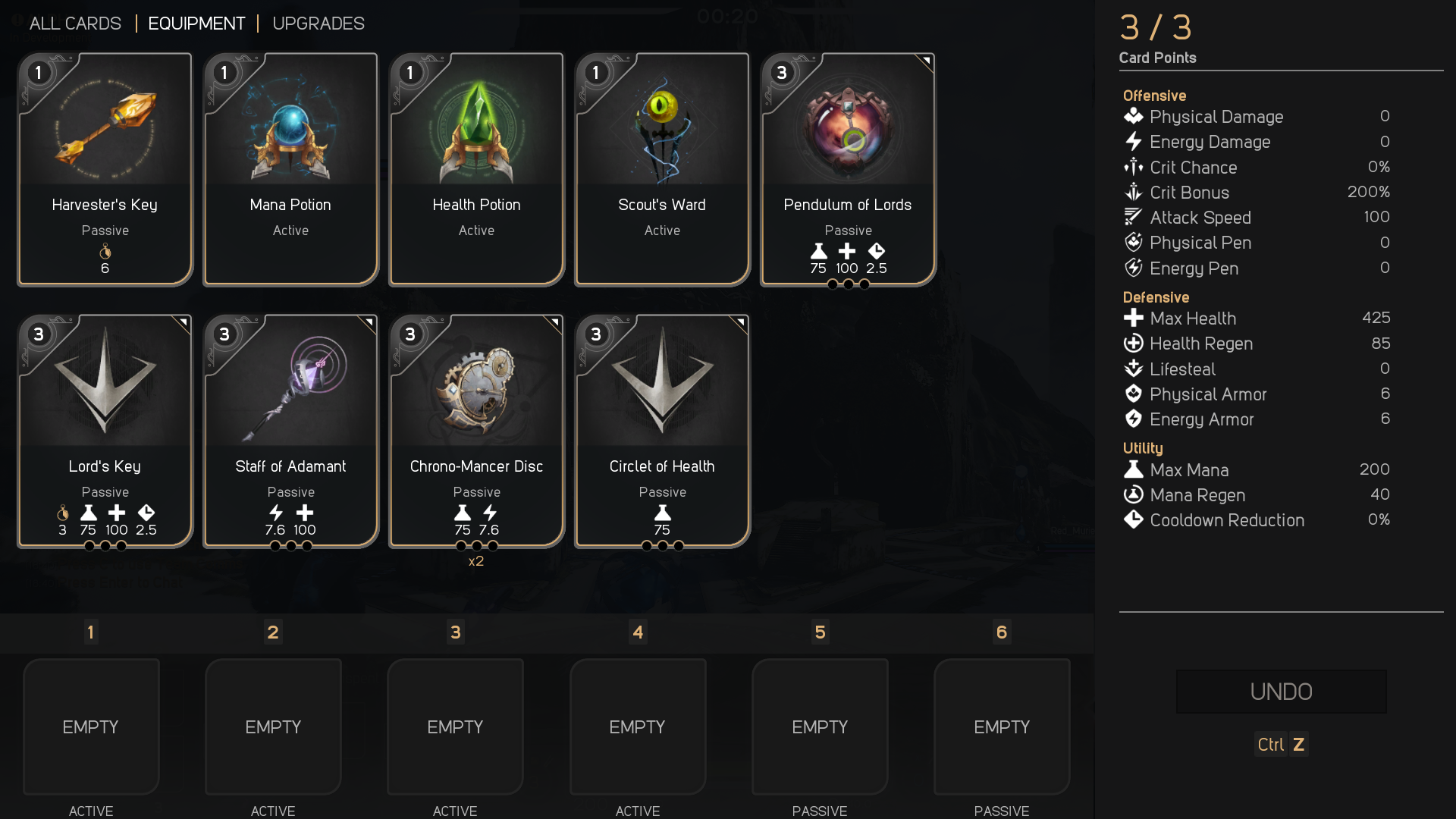 Cards are an important part of playing Paragon. They are used to strengthen your Hero throughout the game as you collect Card Experience Points or CXP for short. CXP can be identified on the battlefield in the form of Amber  or Orange orbs, which are collected from harvesters (more detail to come), minions, getting last hits, and killing enemy players.

In Paragon your Hero has a total of 60 Card Levels. After that There are four type of cards in the game:

Learning and mastering the use of cards can greatly turn the tide of any battle. You’ll notice during your time playing Paragon that some cards have an colored icon beside them. These are known as Card Affinity.  Card Affinity is the trait that determines who can use specific cards. There are currently 6 affinity types in the game and it’s subject to change during the development of the game. The colored affinity determines which Hero can use which card, except the universal card which can be used by all heroes. 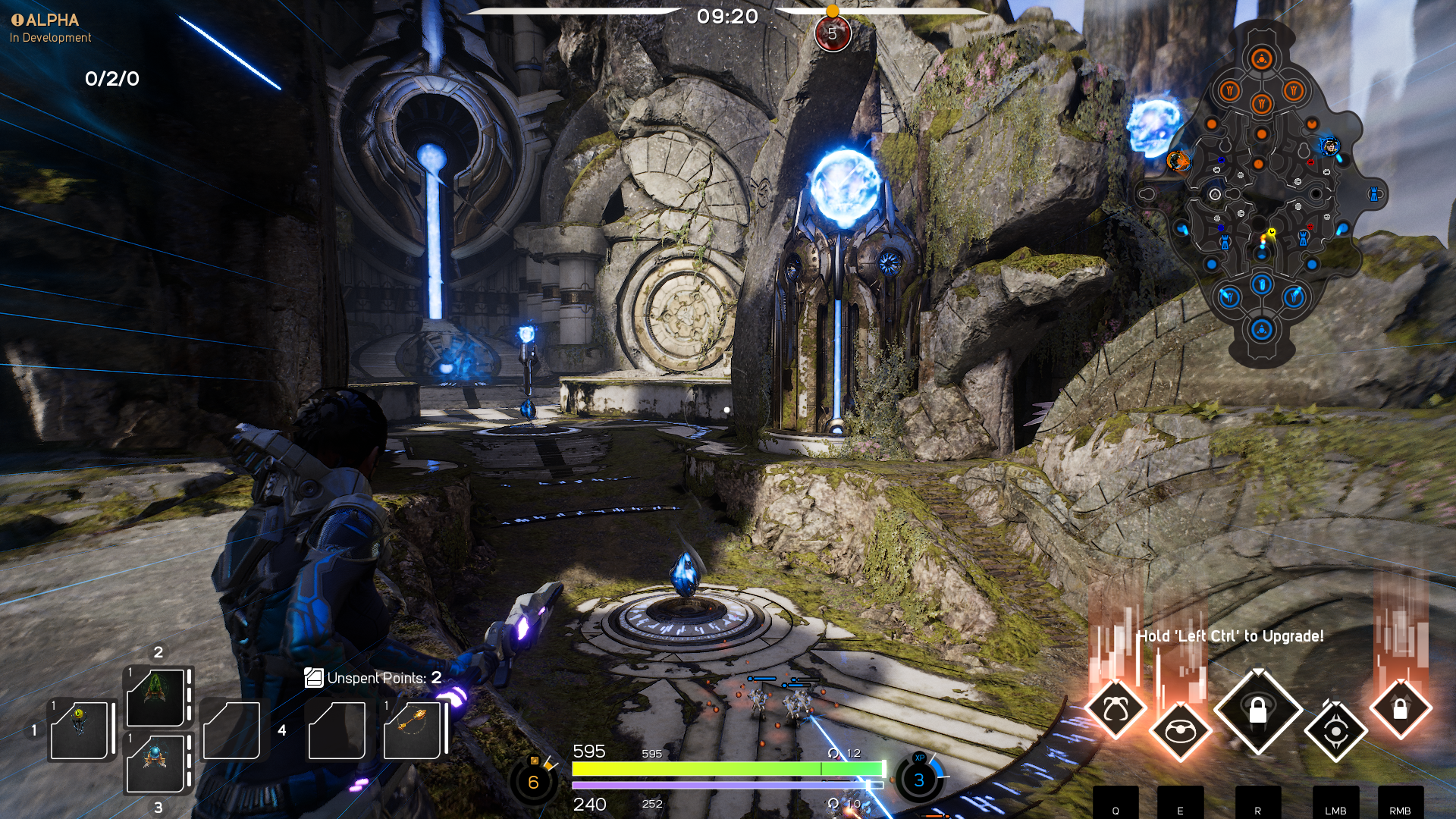 In Paragon and any other MOBA out there in the known universe,  there are things called Towers. Each lane has two towers protecting it. Towers are large buildings that will fire hot energy plasma of doom repeatedly on any enemy (minion or player, it doesn’t discriminate) that enters within its range. Towers will target minions first over players unless the enemy player “draws aggro” by attacking a friendly player who is also within range of his tower.

Inhibitors are structures in each lane that dictate what type of minions will spawn in a lane. If an inhibitor is active, each minion wave will consist of several normal ranged and melee minions. Every third wave will also have a “siege minion,” a minion that has more health than average. Siege minions serve as “tanks,” allowing the other minions to cause more damage than a normal wave to enemy structures.

The Core is the  heart of the enemies base that must be destroyed by one of the teams in order to win the match. There’s only one core, and if it is destroyed, the game’s pretty much over, regardless of any other match criteria or score. So even if you got, let’s say, a 50 Kill streak and your team’s point is tenfold the amount of your enemy, if you core is destroyed, it’s over. A Core cannot be damaged until all towers and inhibitors in at least one lane have been destroyed.

In The Jungle, The Mighty Jungle… 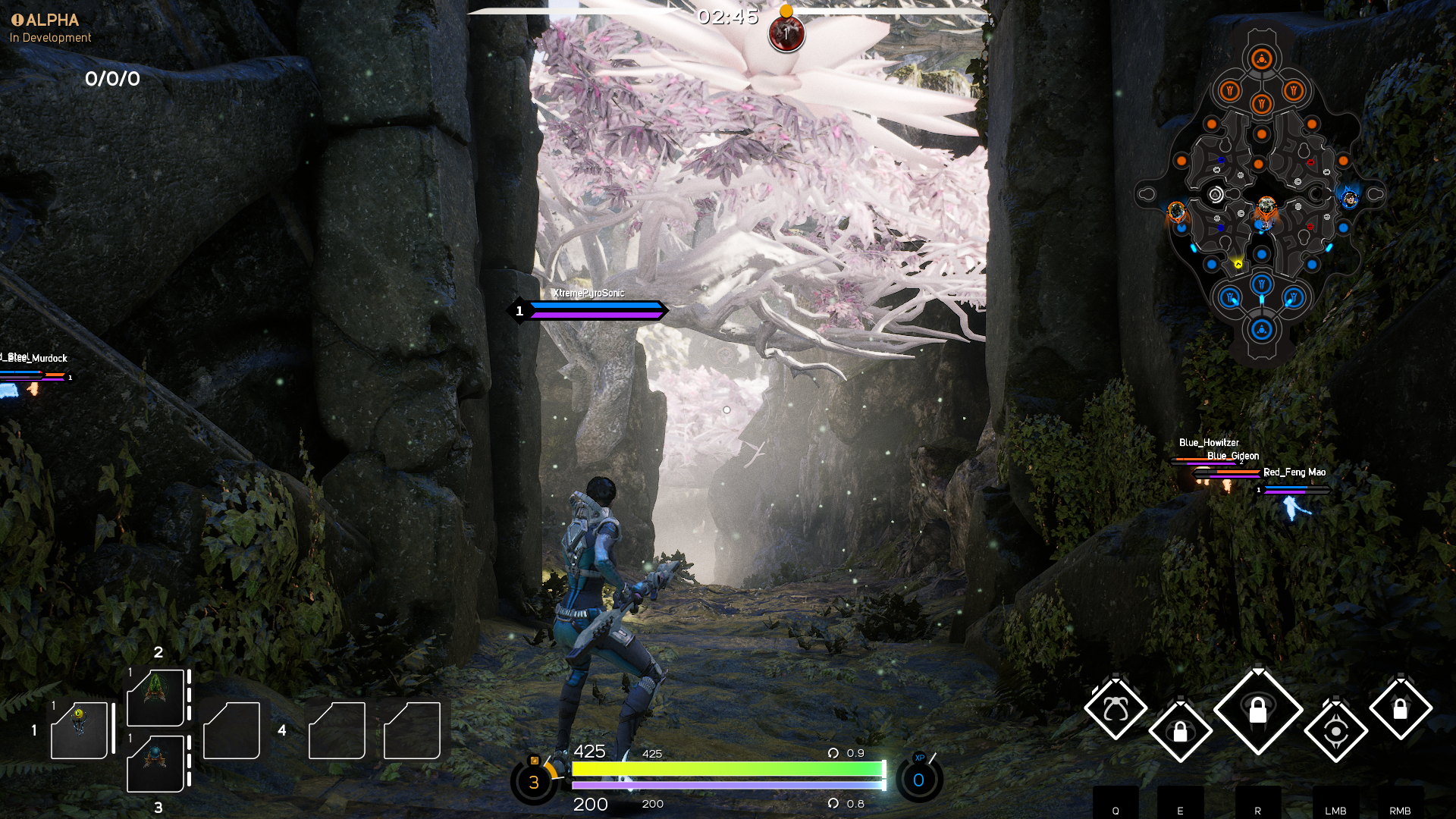 I feel like anyone who’s played any type of MOBA should know what a jungle is and the purpose is, but for the sake of this guide, I’ll briefly explain what a jungle is and the purpose it serves. The Jungle is area of the map that is surrounded by the lanes. There are a lot of trees and cover there, which lowers visibility. The Jungle is a good place to kill the creeps to level up and gain buffs, and to catch your enemy of guard.

In Paragon, it is the sunken area of the map that has two main gameplay components: Jungle Camps and Harvesters.

Scattered across Agora, there are 14 camps, each with neutral AI creatures, guiding and protecting various buffs. They only attack players if they are first attacked. Half of the Jungle Camps have buffs that spawn when the largest creature in the camp is killed. Buffs are visualized by colored orbs that fall to the ground when their carrier is killed, allowing anyone in the area to pick them up. 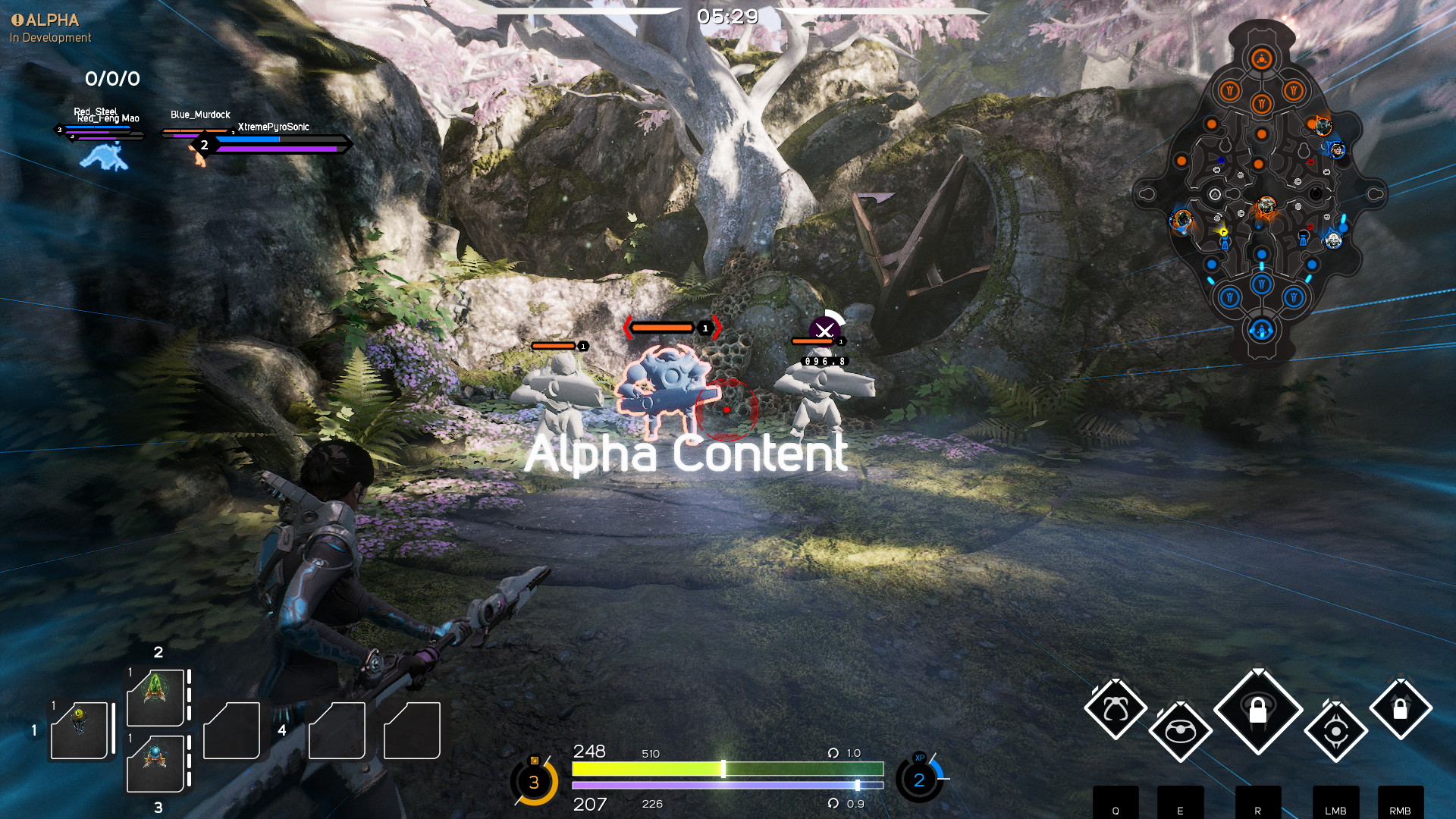 All buff orbs remain active for three minutes before deactivating themselves. If a player carrying one is killed, the buff timer will reset, giving the new owner of the buff another full 3 minutes with the advantage.

There are 4 types of camps in Paragon that you need to be aware of, these are:

Harvesters are structures located in 7 key positions across the map. When activated by a player,  the harvester extract special team-wide CXP Amber orbs from deep beneath the surface of Agora. Players can collect these orbs by standing on the Harvester collection pad. 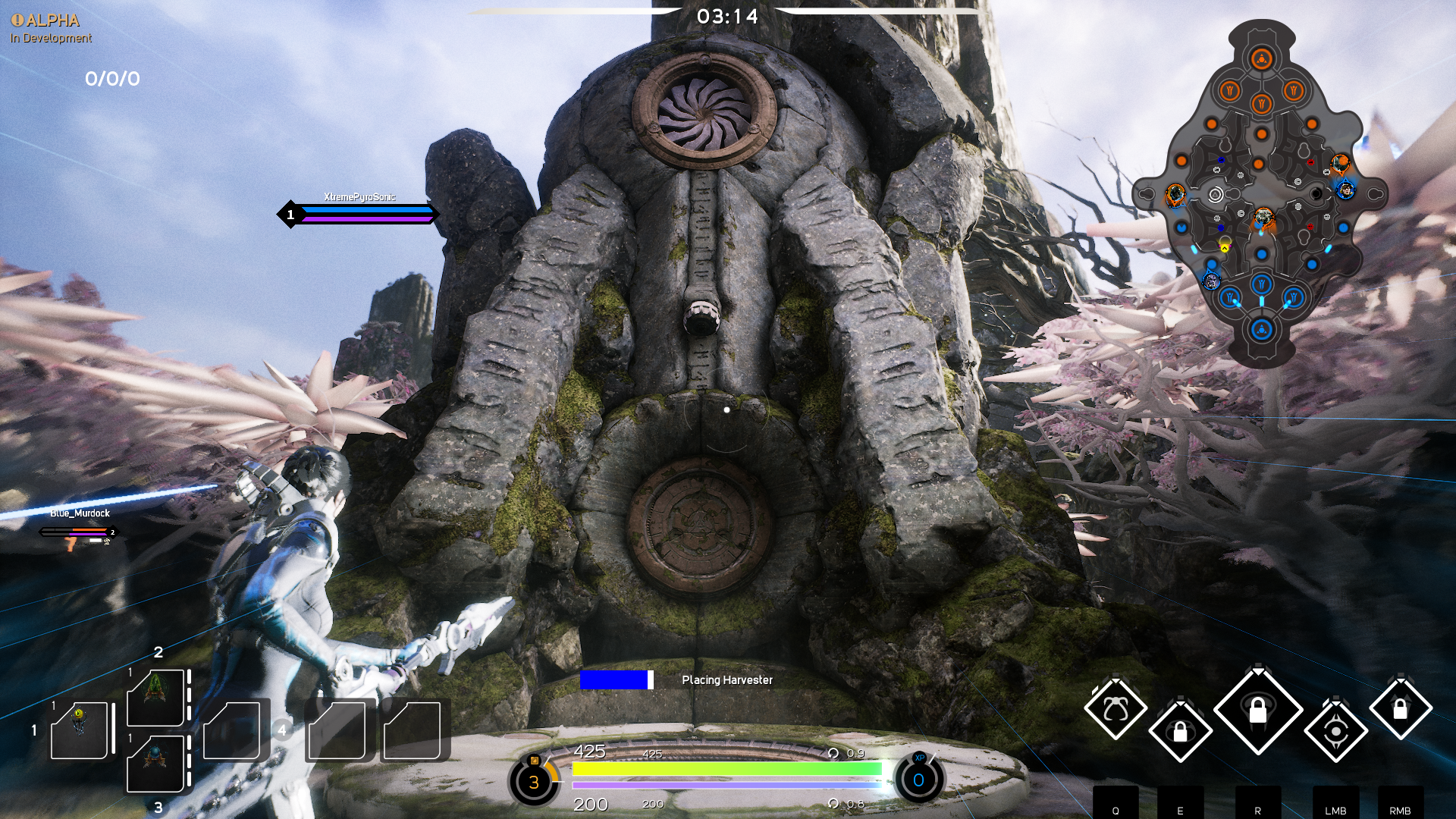 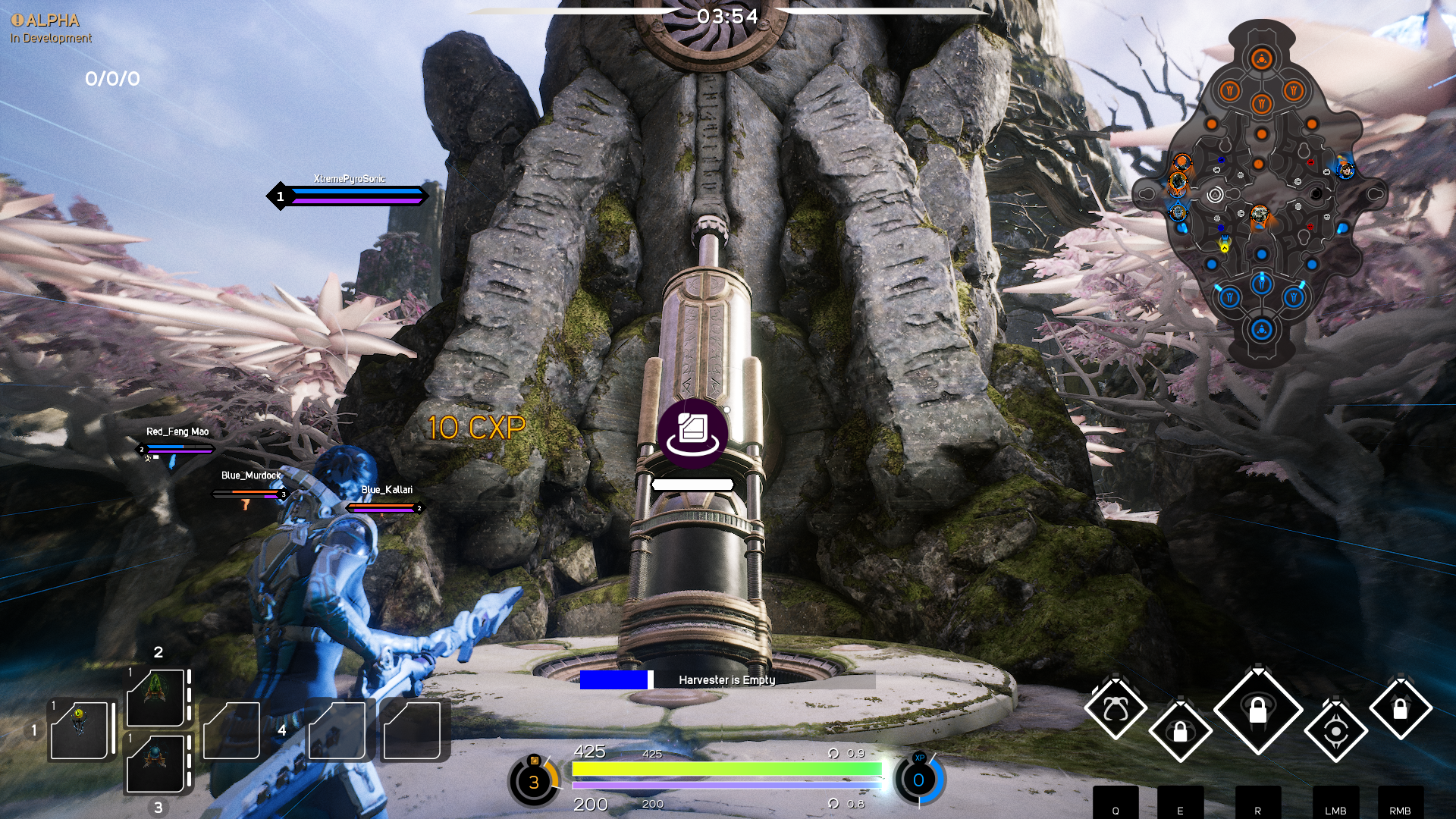 If a Harvester is activated by one team, the other team cannot collect from it. Instead, they can attack it. If they cause enough damage, the Harvester will be reset to Neutral and become dormant once again. 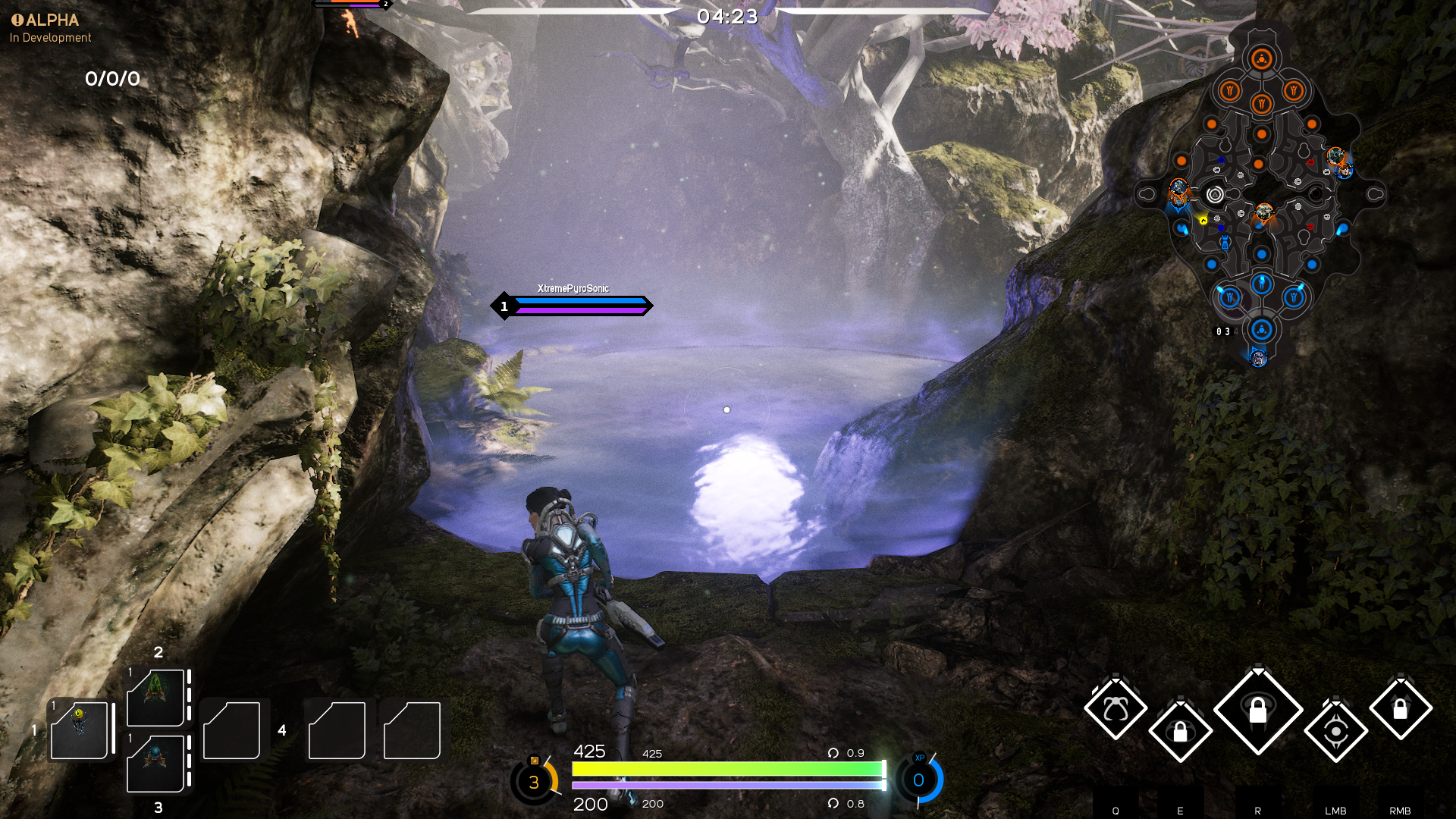 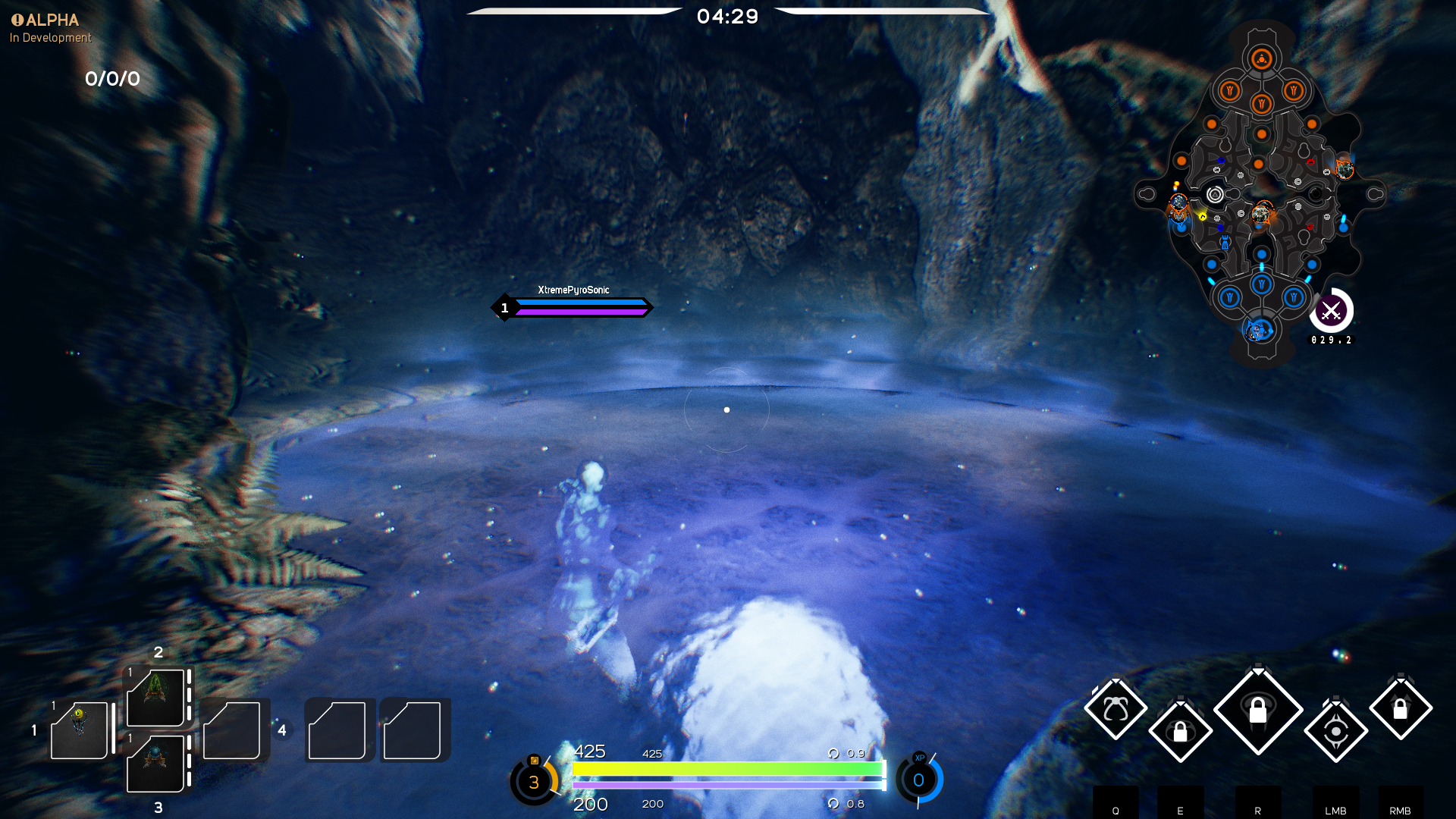 You Are Now Ready To Enter Paragon!

Well that’s all the knowledge I have for you Paragonias, if you’re still thirsting for more knowledge, head over here to my YouTube Paragon playlist, in which I talk about each Hero character and their special abilities. As the game progress and grows, I’ll be posting a character build that will help you do better in-game. Until then, all I can say is thank you for reading.