It’s been such a long time since we got something new from the Yu-Gi-Oh series that isn’t a spin-off and with this year been the 20th anniversary of the Yu-Gi-Oh, the people behind 4k have been teasing us with trailers of the upcoming Yu-Gi-Oh 2016 movie, Yu-Gi-Oh! The Dark Side of Dimensions. With that, I’m here to take a look at everything we know so far about the movie and why it’s hype worthy…

Well for starters, the original cast of Yu-Gi-Oh! will be returning for a brand new, and I repeat, brand new original story starring Yugi and his rival, Seto Kaiba. This alone should get any ol’ skool Yu-Gi-Oh fan hyped up, as I’m pretty sure I’m not the only one that has craved more of the original series after it ended. Not only that but the film takes place a year after the conclusion to Yu-Gi-Oh! Duel Monsters, so it’s safe to guess that this movie will be canon. 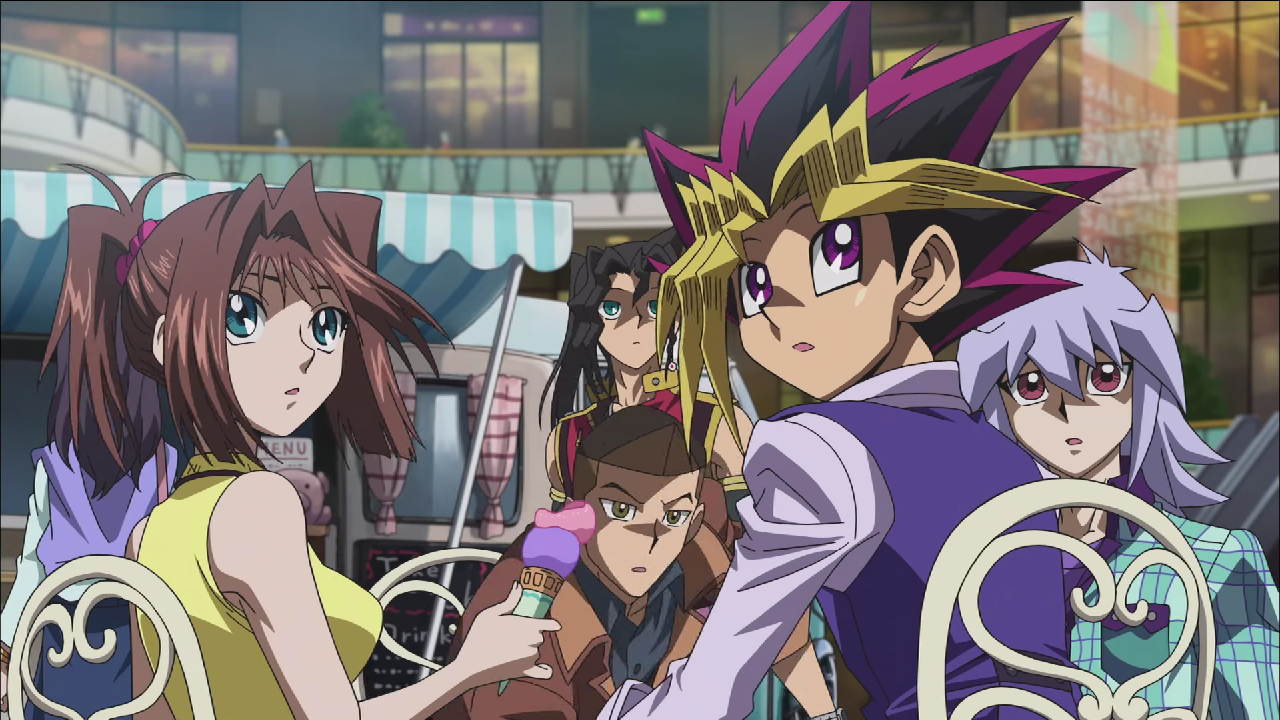 As for the plot and the mysterious boy who seems to be a major key character in this movie, all we know from him is that his name is Aigami and he seems to be tied in with the missing people in Yugi’s town and apparently at the center of it all once again is the Millennium Puzzle. Along with that, there seems to be another Millennium Items in the mix too. I actually can’t wait to see what this one can do, from the looks of it, it seems to be a even more powerful item that the puzzle itself.

He also seems to be keen on sending Yugi to another dimension because of him been the “Pharaoh’s Vessel”. I’m sure all will be explained in the movie.

As to whether or not he is truly the main villain of the film remains to be seen, but the fact that  the movie will bring back ancient Egyptian magic and mythology, and shadow realms concept, that already makes this movie awesome.

In addition to Yugi and Kaiba been in the movie along with the mysterious boy Aigami, Joey, Tristan, Tea, and even Bakura all make an appearance with updated designs. Not only that but two new characters, Sera (girl) and Mani (boy) are set to appear in the movie. My guess is that their have some relation to Aigami.

And lastly, this is old news but is case some of you missed it, according the issue of Shonen Jump, it reveals that the 2000 anime of Yu-Gi-Oh will be re-mastered in celebration of the 20th anniversary of the Yu-Gi-Oh franchise.  The re-mastered program has already begun on TV Tokyo and other related channels so if you missed it, start hunting for it now.

In the mean time, check out all three the trailers (all subbed of course) below if you interested or if you missed it and thank you for reading.

Yu-Gi-Oh! The Dark Side of Dimensions Trailer #3 (Subbed Version)

Yu-Gi-Oh! The Dark Side of Dimensions Trailer #2 (Subbed Version)

Yu-Gi-Oh! The Dark Side of Dimensions Trailer #1 (Subbed Version)