Literally, it was yesterday that I was thinking about this and now it seems to be becoming a reality…

Its appears that Hero Academia, the ongoing Japanese shōnen manga series written and illustrated by Kōhei Horikoshi is getting a  TV anime adaptation. 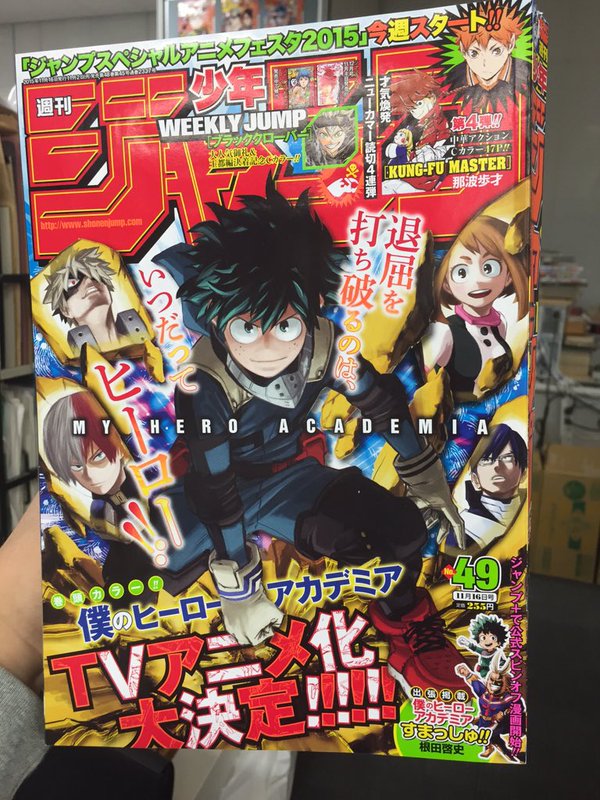 This is actually pretty cool, I have heard that is anime has some similarity to Naruto but I never had the time to pick up the manga but now I guess I can just wait and watch the anime instead. It was serialized in Weekly Shōnen Jump since July 2014, and 5 volumes have been collected in tankōbon format,

Here is the first trailer: