I’m not gonna like, I was kinda disappointed with the pacing of this week’s chapter…

This weeks chapter continues on from  last week, with Sasuke charging in at the now named Shin, no not the small Shin, the big one is also named Shin too. From henceforth I am going to refer to the small one as Mini Shin to clear up any confusion.

Sasuke tries to hit Shin with a Fire Style but Shin used Mini Shin as a shield to negate the damages. I’m still not sure how he did that because from the chapter it looked like he used the Force to pull Mini Shin back to take the hit.

Another thing that I found odd was that Sasuke’s rinnegan did not have tomoes in his eye but it could be that they have forgotten to draw it in his eye. 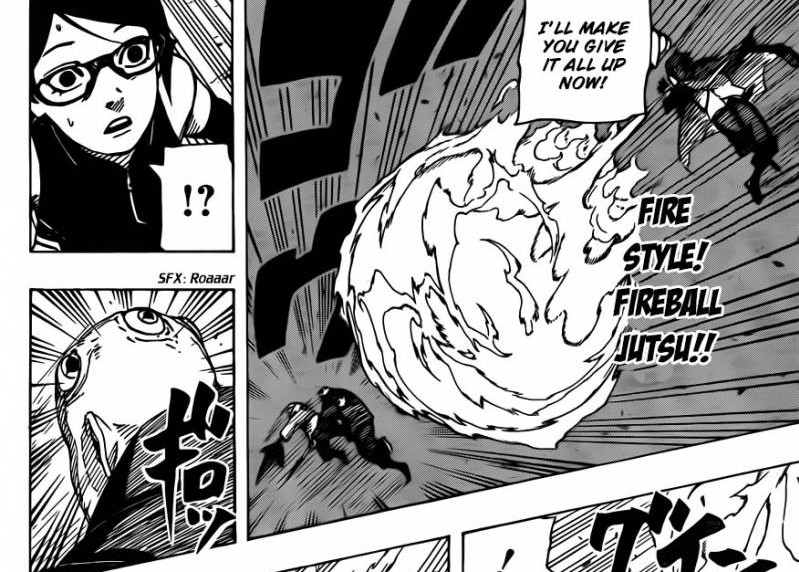 We learned that Naruto really hasn’t fought at all since marrying to Hinata, as his skills were extremely rusty to the point of been stabbed my Sasuke’s sword. Even Kurama noted that it was pathetic of him to get hit like that.

We also learned something else about Shin’s ability, his eyes seems to be able to manipulate objects such as weapons and change the speed and directions the weapon is heading towards.

Shin then shifts his attention towards Sarada which leads to Sasuke been hit while attempting to protect his daughter. This is where Sasuke takes an L, he could have simply used Susanoo to protect her instead, I mean he spammed that justu recklessly in his youth it shouldn’t really have been an issue now. 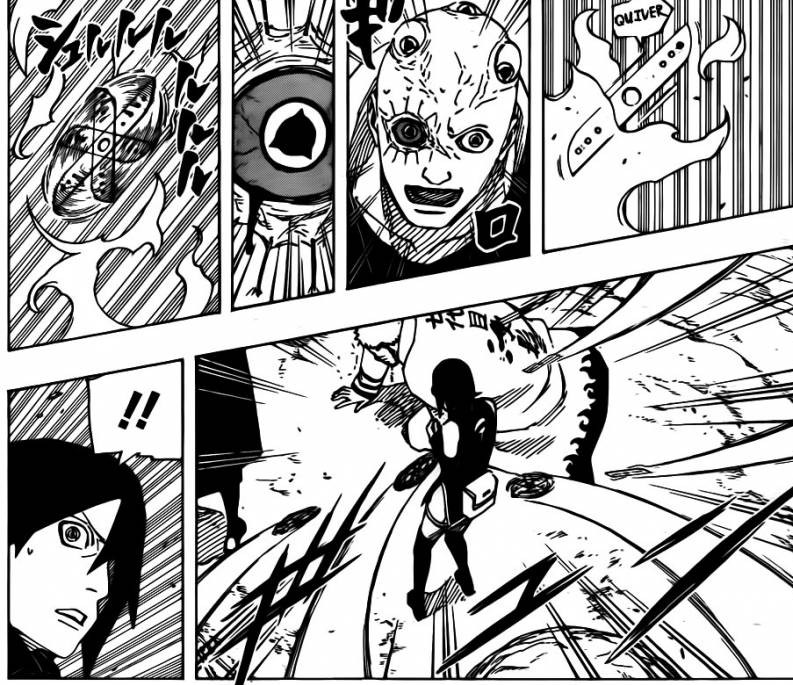 Then Sakura flies in out of nowhere and falcon punches the crap out of Shin and seemingly injuring  him to the point of not been able to get up. Then that digimon showed up out of nowhere and swoops her and Shin away to their hide out. That ends the chapter.

This chapter was kind of a let down, we had 5 great chapters up to this point, so I guess its to be expected. I hope the remainder of the chapters pick up the pace.