Now it all makes sense…oh crap its on now…

WARNING SPOILER AHEAD — YOU HAVE BEEN WARNED

Fairy Tail Manga Chapter 436: Memoirs is focusing on Zeref’s past which happens to be over 400 years ago in what I believe to be the Roman times. Zeref was a prodigy at his time and was conducting a research on the balance of life and death but was shunned by his elder and professor as his research was considered taboo.

Zeref however continued with his research hoping to find a way to bring someone back to life and demonstrated a machine called R-System and even further down the line a machine that would allow him to time-travel. It was revealed that all of his motives was to bring back his younger brother.

However the board of Directors have already expelled him from the academy and having been provoked, Zeref in what I think, awakes his power that in turn made him immortal. He claims to be cursed and that every time he appreciates life, his power grows stronger and many fall because of it. 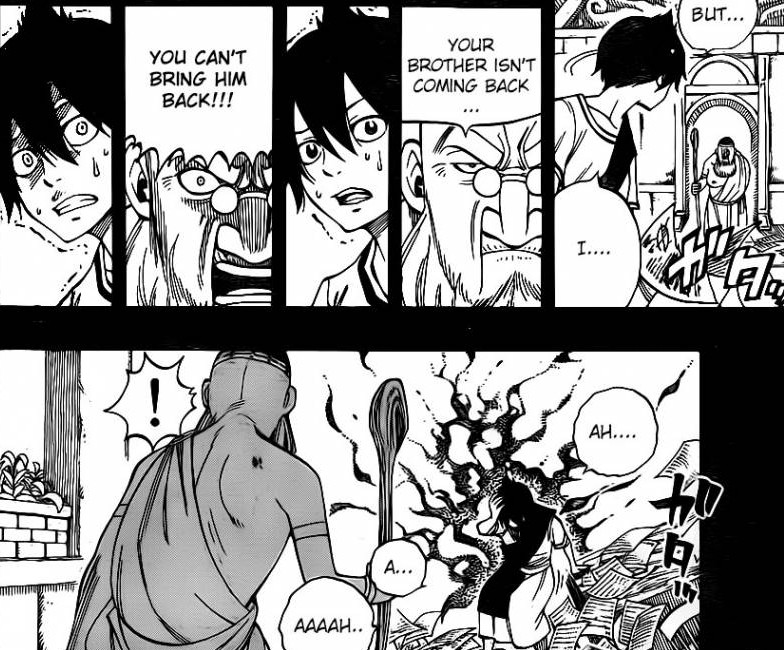 Now this the biggest highlight of the manga that I believe no one saw coming, after explaining why he did the things he did, he reveals that Natsu Dragneel is his little brother and he had turned him into a Ethelious in hopes that Natsu would one day free him from the curse. That would explain why he had such an interest in the character in the past and why Natsu is able to perform all those incredible feats. 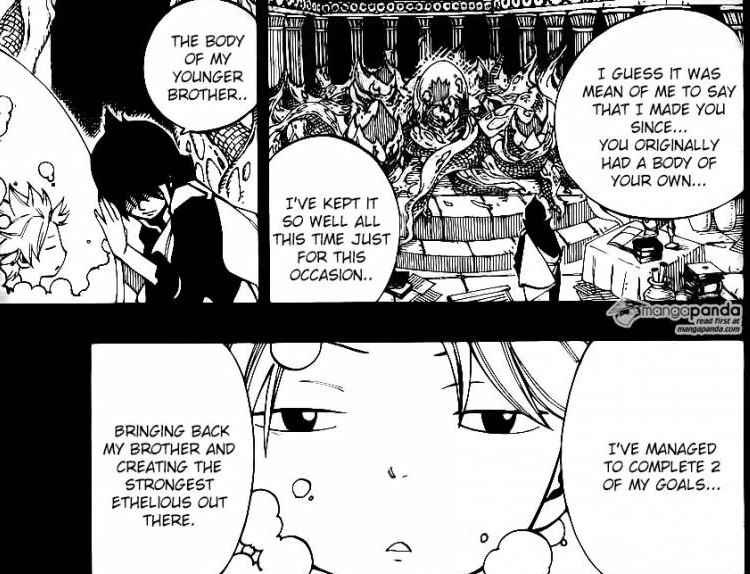 It doesn’t end there, after reliving memory-lane Zeref meets up with Acnologia and we got to see his human form for the first time ever. The both had the conversation, very interesting conversation and it ends with them guaranteeing that an epic final battle will occur. 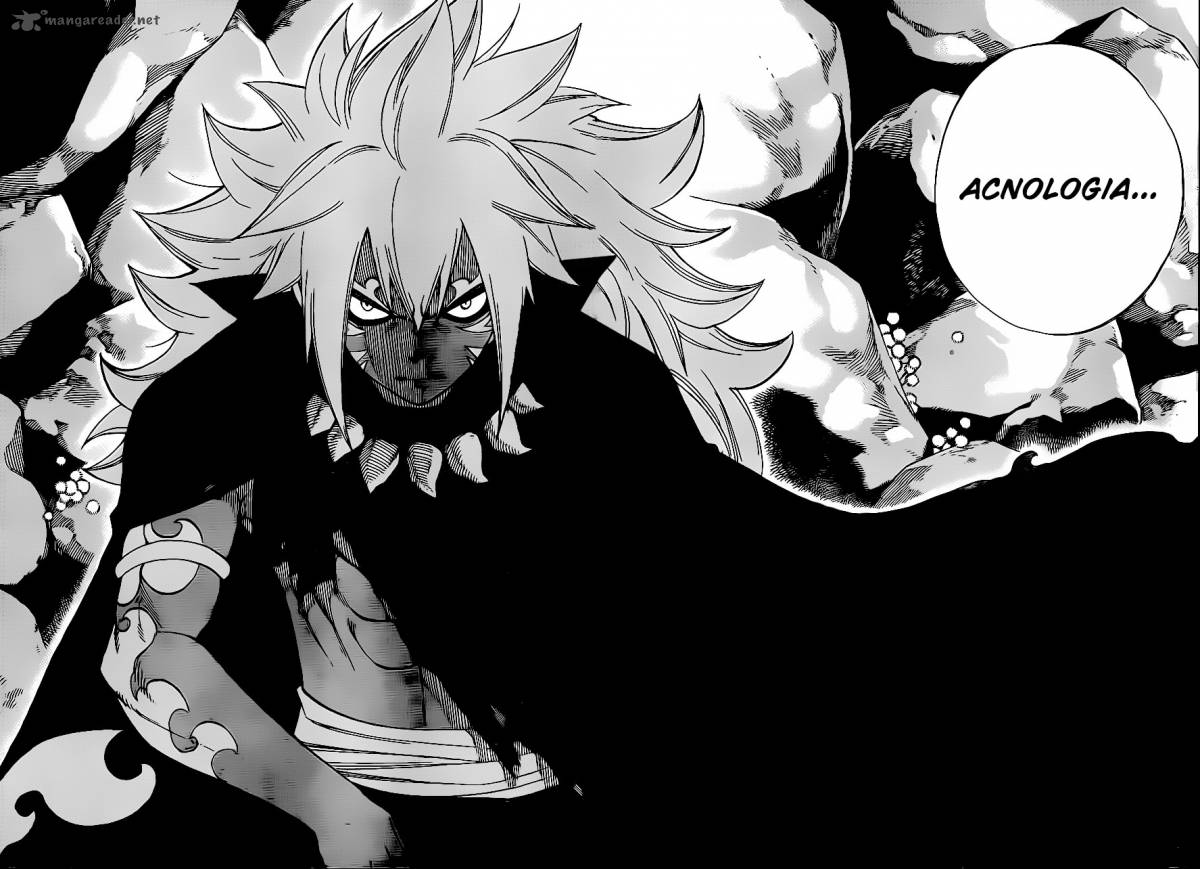 This is very interesting in terms of learning who Zeref was and how he came to be and why Natsu is involved in all of this. We still don’t know what Acnologia wants from the world but from the comment that Zeref made, he has the power to accomplish it.

Over all this was a very entertaining chapter.