Not all too much happened in this weeks chapter but near the end, it leaves us with yet another cliffhanger…

CAUTION – SPOILER AHEAD – YOU HAVE BEEN WARNED!

This chapter starts off easy, with Naruto heading off to meet up with Sasuke to discuss about the boy with the mysterious sharingan eyes. Before he jets off thou, Naruto asked Shikamaru to apologies to Boruto and then proceeded to leave, shortly after Boruto shows up with Mitsuki at his side with his fathers lunch. I don’t get why Naruto didn’t wait for Boruto for like a couple of seconds really, at this point he might just be toying with the boy. 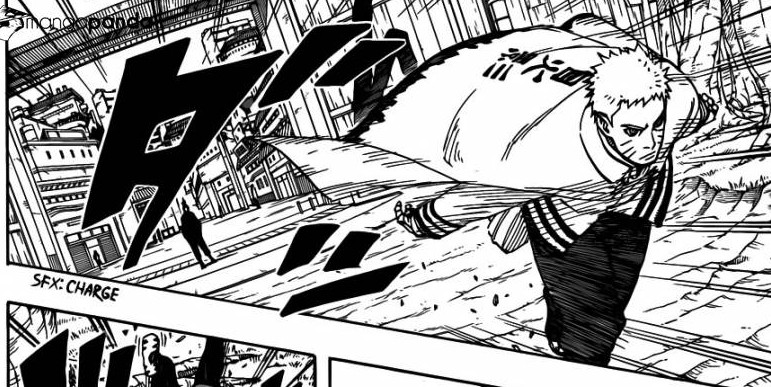 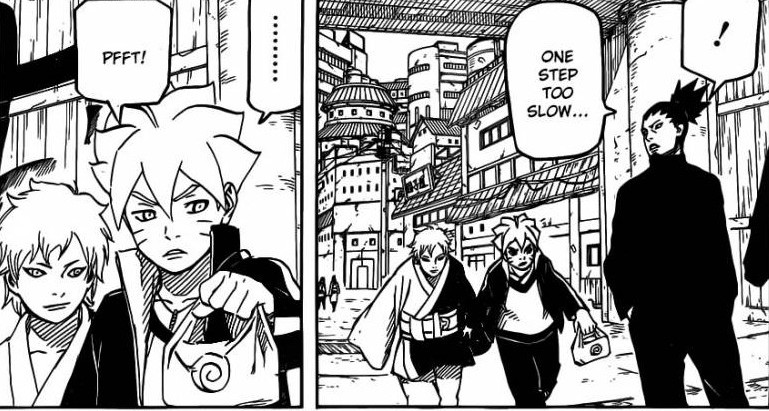 Sarada took the opportunity of the moment and offers to take the bento to his Boruto’s father but Boruto refuses and after Sarada made a speech on how lucky Boruto is on having a father he knows will come back, Boruto sympathies with Sarada and hands her the Bento. 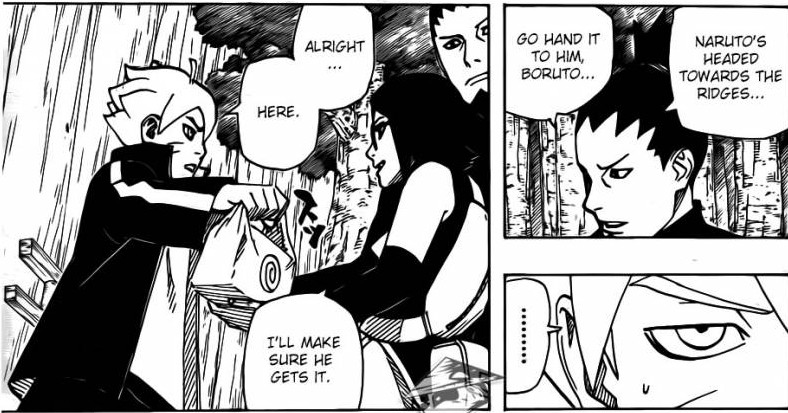 As they left the village, those two villains from the last chapter have been keeping an eye on her. It was also revealed that the hooded rouge ninja also possess the sharingan and that the name of the boy is Shin Uchiha. Whether or not this boy really is from the Uchiha Clan is yet to be known, but they clearly have it out for Sasuke if they are willing to attack his only daughter. 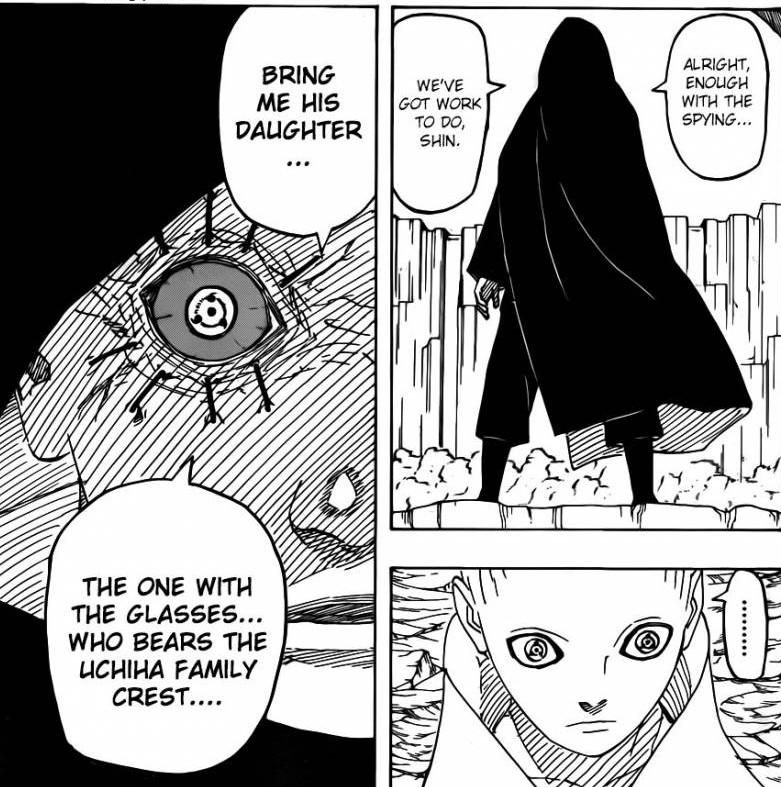 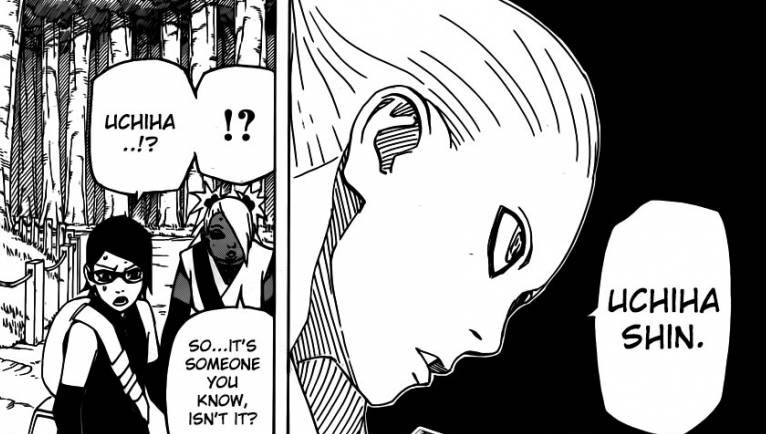 The battle commences after Shin ambushes them and Shin clearly outmatches both Sarada and Chouchou with speed and precision with his chain attacks and he was just about make killing blow until Naruto shows up. Now whats really interesting about this encounter is that Naruto acted as if he new about Shin and who he was which indicates something might have happened between the time skip that we don’t know of yet. 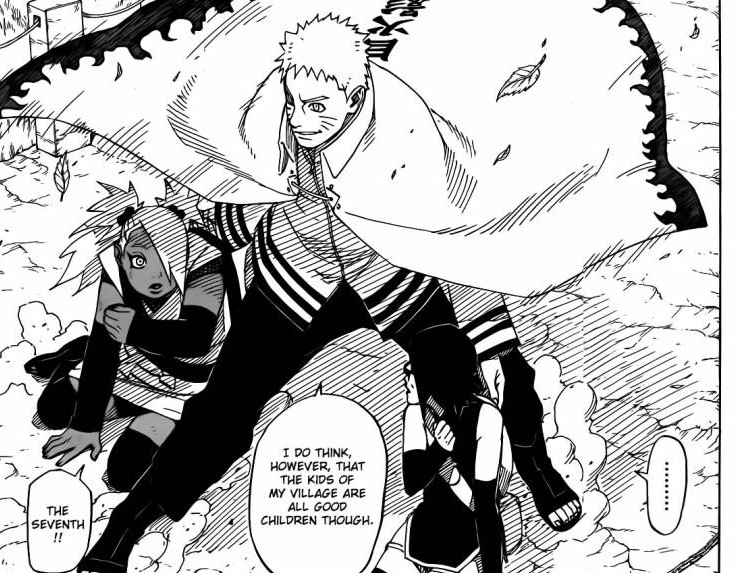 This manga series always leaves you wanting more and I am really enjoying myself reading it. This chapter started out a bit slow but rapidly increased its epicness. Its a good chapter and I can’t wait for next weeks chapter