Just after the game got announced, Ubisoft reveals its four special edition boxes…

The last time I ever bought a Game Edition was for DarkSouls, however that might change for me after seeing the Assassin’s Creed Syndicate’s four special editions they got lined-up for fans. 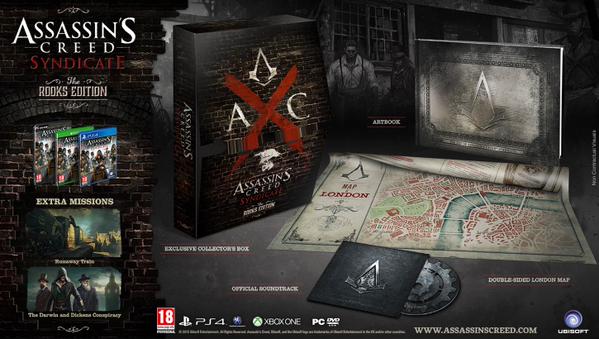 The Assassin’s Creed Syndicate Charing Cross Edition, which includes the Runaway Train mission, artbook, soundtrack and map, plus its own exclusive box and a 26cm figurine of Jacob. This one will cost ya €80. 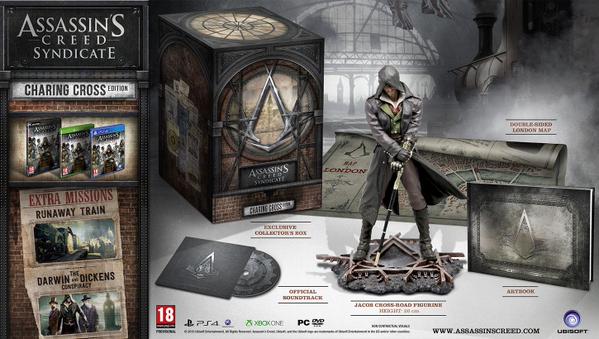 the Assassin’s Creed Syndicate Big Ben Edition is the last edition. It includes the Runaway Train mission, artbook, soundtrack, map, another special box and an even more detailed version of the Jacob figurine. It includes a FuturePak case, premium hip flask with Assassin’s Creed branding and an exclusive numbered lithograph. Its a whopping €125

If I was rich, you know I’m going straight for that Big Ben Edition, I think its epic as heck. What do you think?