The Latest chapter of Naruto Gaiden: The Seventh Hokage Chapter 700+2 is here and right off the bat things gets interesting…

Things starts off with Sasuke getting attacked by a mysterious person who seems to possess the sharingan in both of his eyes. At first I thought that this person could be one of Orochimarus long lost experiments, however after the showndown between those two, the attacker seems to be carrying the Uchiha crest on his back and Sasuke took notice if this.  Shortly after he disappears. 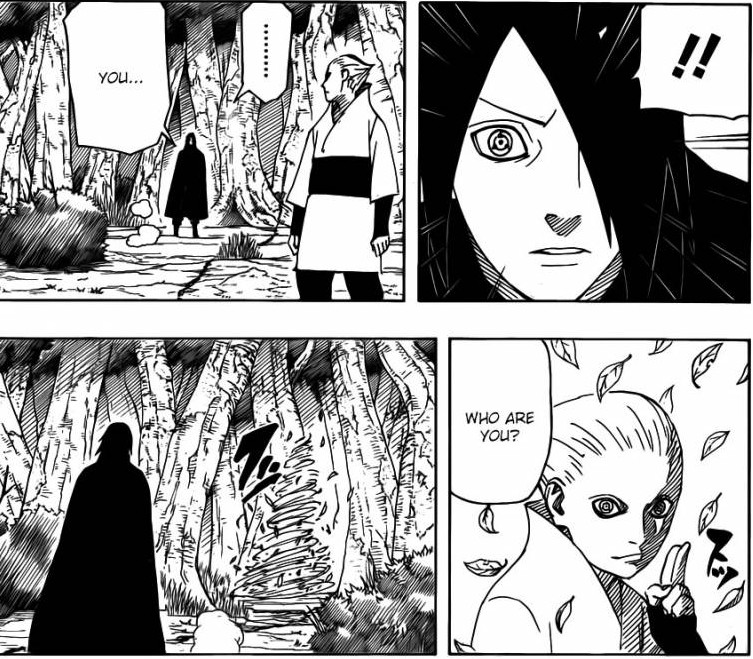 Back at the hidden leaf village, Sarada was still concerned about the Karin picture and why she resembles her so much, then Shizune appears and we learn that all record of Sarada birth in the hospital have been erased, creating an even more mystery around Sarada. ChouChou at the same time also believed she was adopted and her real parents are somewhere else, I found that funny to be honest.

Mitsuki also made another appearance in this chapter and we learned that he is not originally from the village and was recently stationed there. This boy seems to have a completely different view of the world than the rest of the kids. 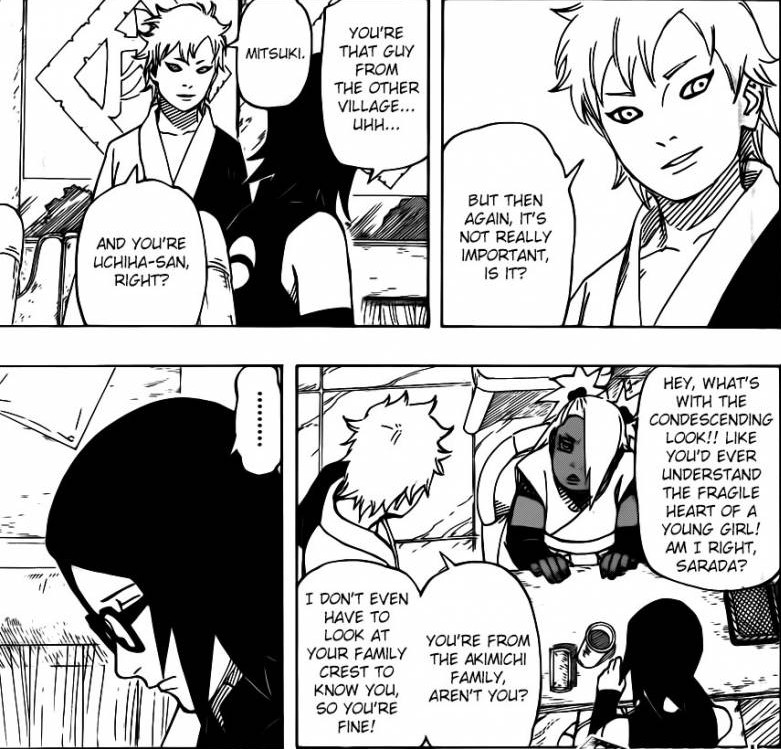 After that Sarada decided to go look for her father instead, at the same time Sasuke had sent a letter to the Hokage Naruto informing him of what had transpired. It seems Sasuke is working for the village, similarly to how Jiraiya travelled across the ninja world gathering intel for the village.

The chapter ends with Sarada following the Hokage to meet her father along side ChouChou. 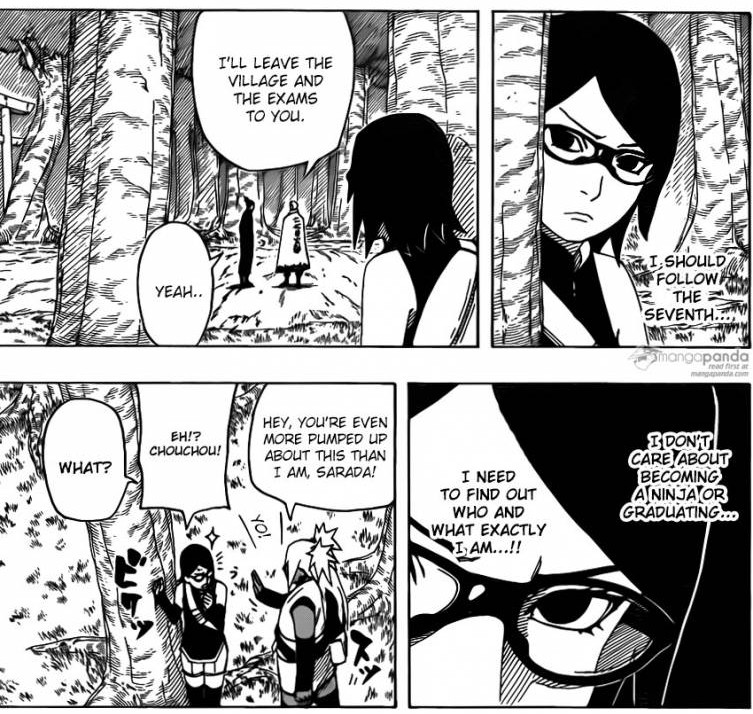