Ninja States Parents Should Be The Ones To Parent Their Kids About Racism & White Privilege, Not Him!

If you haven’t read the new Naruto Gaiden manga chapter 701, I suggest you stay away for this article but I somewhat already spoiled it for you, so you might as well stick around and read my theory.

OK so if  you’re here that means you have read the manga and are aware that at the end of the chapter, Sarada uncovers a hidden picture that reveals both Suigetsu Hōzuki and Karin, Karin been the more note-able one as her and Sarada share a striking resembles to each other.

Before I go on I need to point out that during an interview with Kishimotto, Kishi stated that when he created Sarada Uchiha he  already had the mindset of Sasuke and Karin been together, however changed his mind later on. So that would explain the look-a-like. 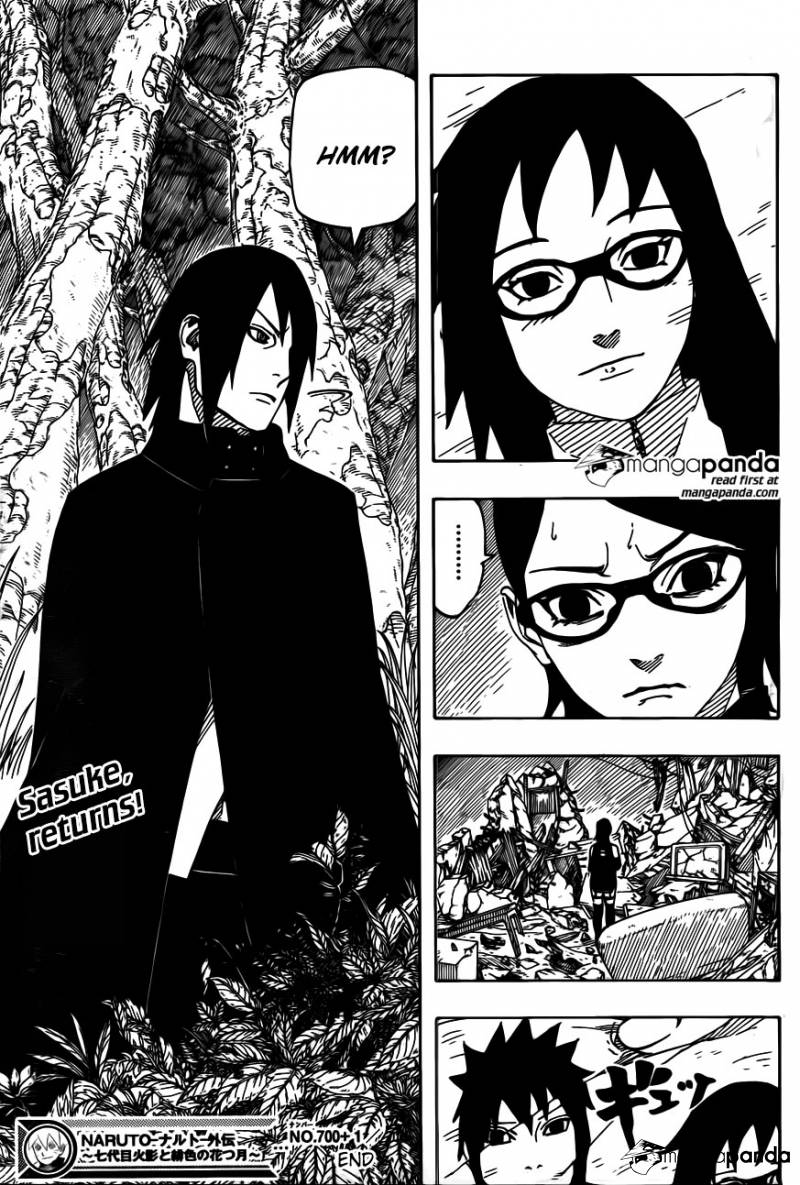 Yeah and you might be asking yourself, then why make that last scene in the manga? Why bother drawing it? Well the only conclusion I have to that scene is that well…Kishi just wants to troll us (*laughs to himself*… *sighs* I’m pathetic).

So here is my theory, maybe the only reason as to why Sakura got nervous when Sarada started asking all those questions is due to the fact that Sakura is feeling ashamed and embarrassed of her relationship. There are novels written by Kishi that are dedicated to certain key characters (Kakashi, Sakura and more I can’t remember to be honest) but in Sakura’s one, its states that Sakura is envious of Naruto and Hinatas relationship and wishes her was like that. 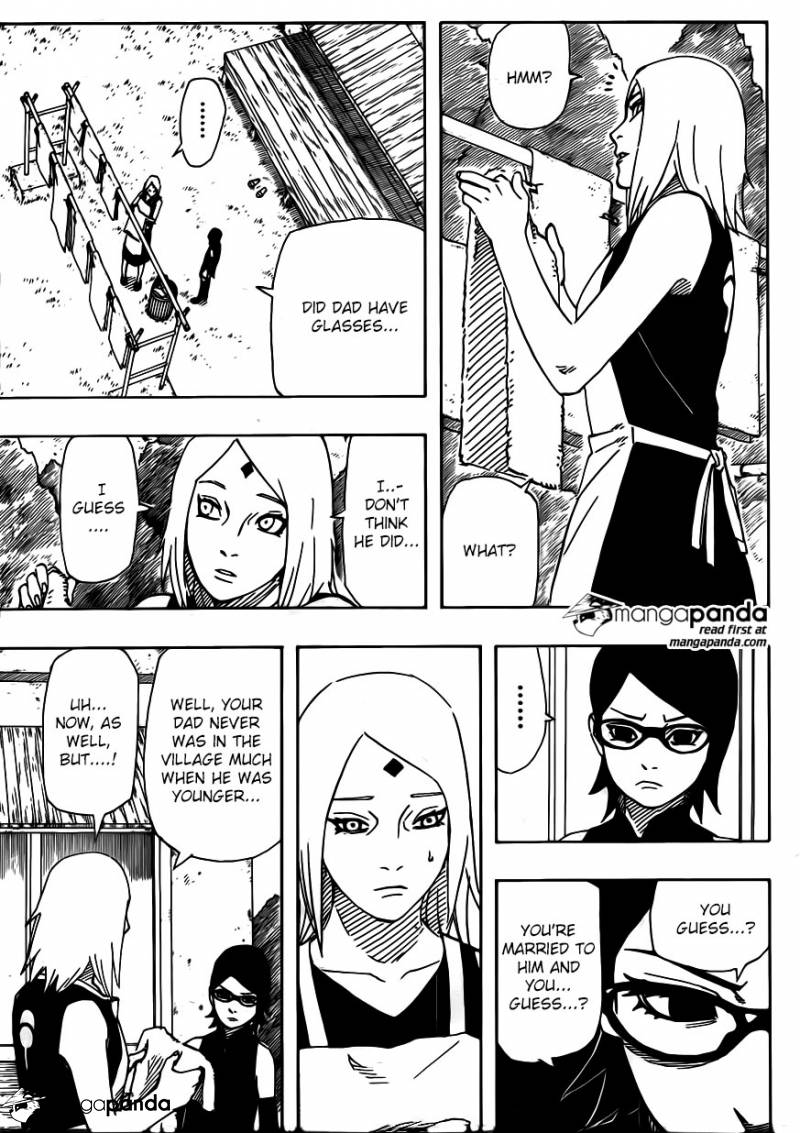 Maybe the only reason Sasuke got with Sakura is out of pure guilt alone and Sakura is aware of that and she feels that her whole relationship is a lie. As for the picture Sarada discovered, it could possible be that its the only picture taken of Sasuke when he return to the village to answer for his crimes, kinda like a mugshot, so instead of having no picture at all she resorted to making a collage of her family instead.

Its important to note that if Sakura had any resentment for Karin, Karins face would have been torn out, creating a whole new mystery for Sarada to solve (not that we couldn’t have figure it out ourselves). 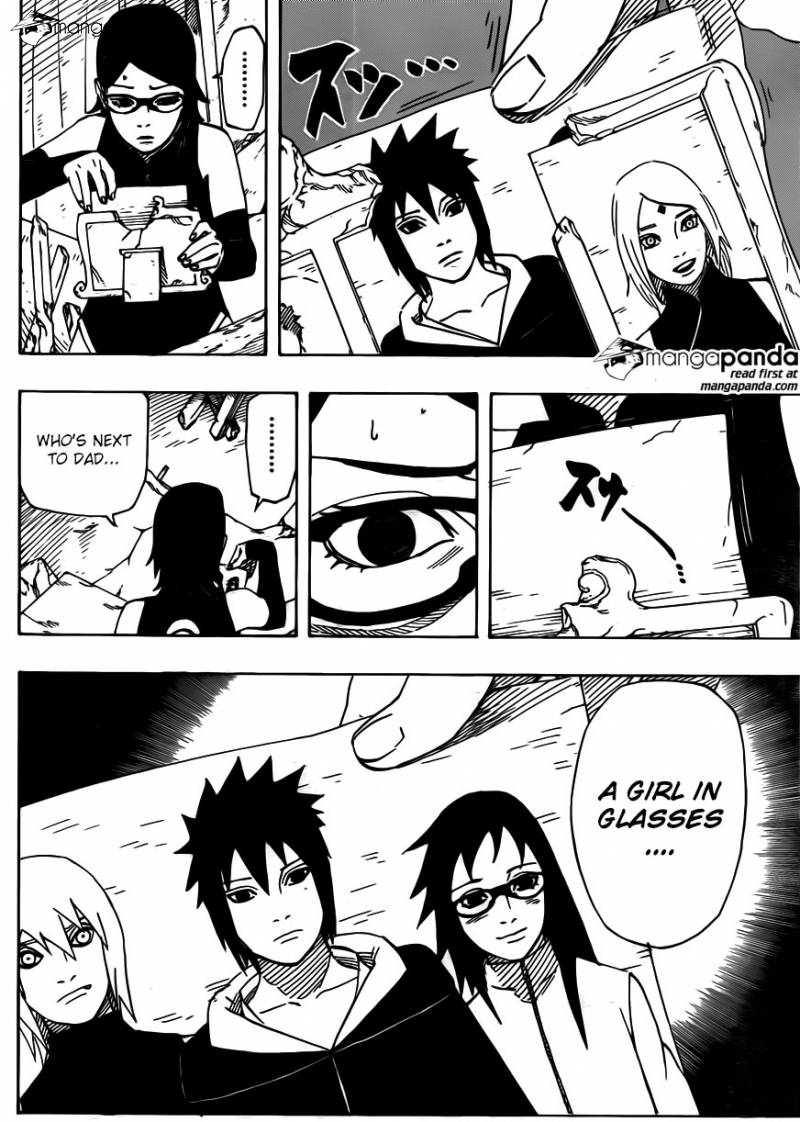 I am not a SasuSaku fan or a SasuKari fan or any of that bullshit for that matter but I wanted to share my theory on this and see what the community thinks of it. On one hand I like the idea of Sarada possessing both Uzumaki and Uchiha bloodline as it would make her OP as heck but on the other hand if Sakura is not the mother of Sarada then it defeats the whole purpose of Sakura even existing in the first place and I watched all that filler bullshit for nothing…hell nah, Sakura better be Sasuke’s Baby mama.

Let me know what you think of this baby mama drama.