A lot more information came out today from the guest book that was shown in the Naruto Exhibition which introduces us to the mysteries blue haired kid that was sitting beside Boruto in the first chapter.The mysteries kid name is Mitsuki, which means “full moon” (anyone thinking he is related to Otsutsuki family) and it has been confirmed that he will be part of team Boruto and Sarada and their sensei is going to be none other than the great Sasuke Uchiha. 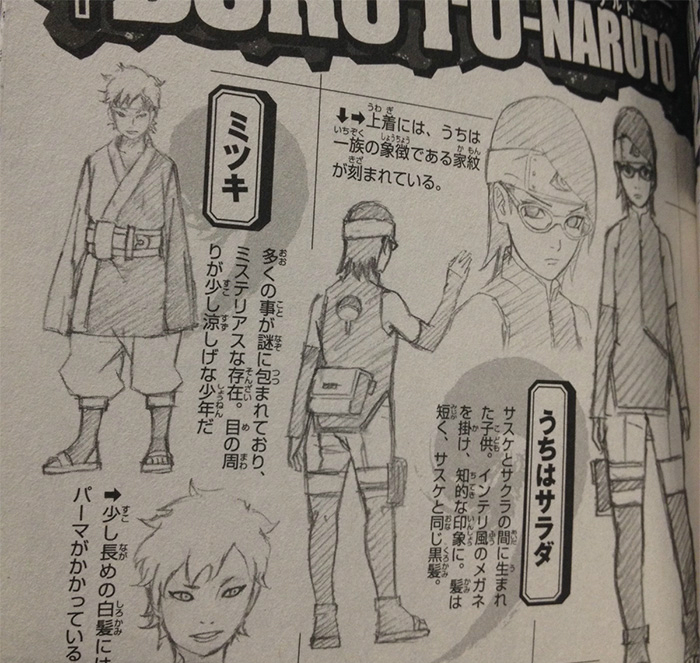 This series is going to be very interesting, especially the part that Sasuke Uchiha is going to be a Sensei to not only Boruto but to Sarada and Mitsuki as well.

There’s also new pictures of the Uzumaki family and the Uchiha family with a little more information on Sarada Uchiha. As some of you know there’s a huge debate on whether Sakura is the mother of Sarada, but the guest book claims that Sakura is the mother.

According to the book, Sarada original design was to be a female version of Sasuke but was scrapped after Sarada ending up been “too creepy”. The glasses were added simply to add some sophistication to her character. 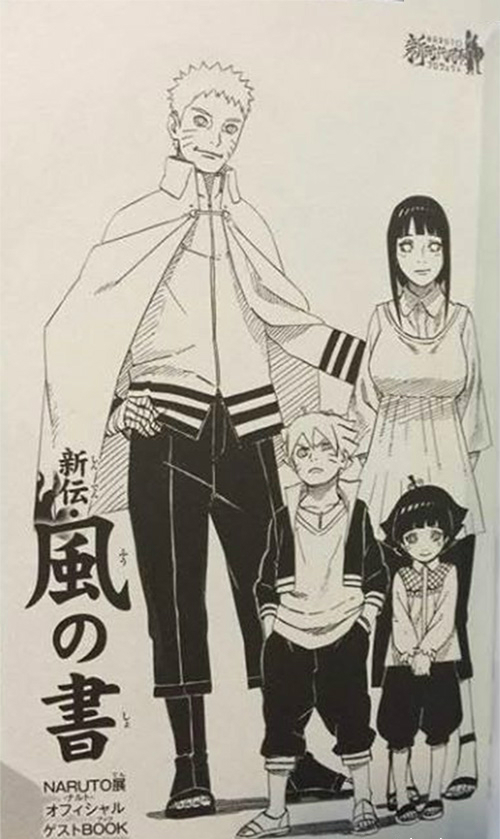 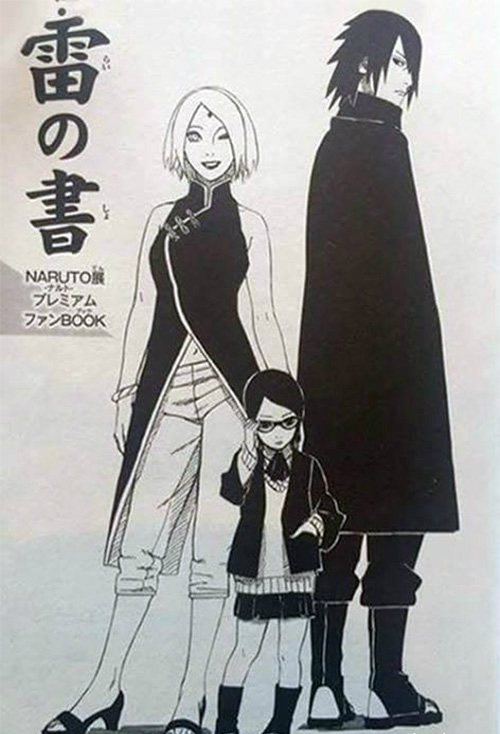 We will just have to wait for the upcoming manga to confirm this.

One thought on “Introducing the third member of Boruto’s team and MORE!!!”